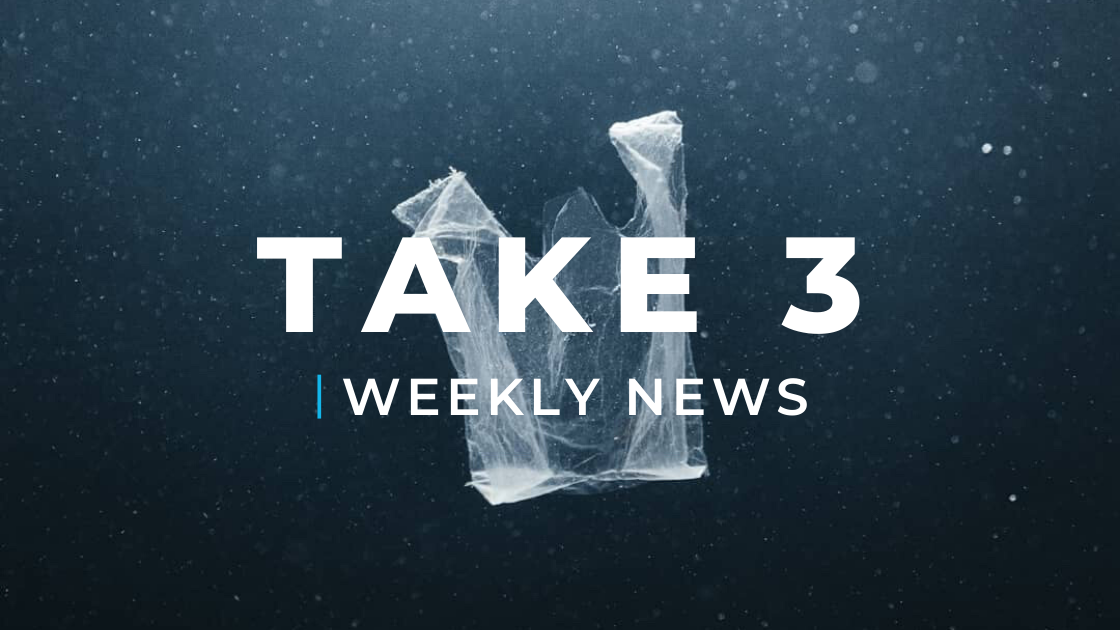 New York is the third state to implement a ban on plastic bags, following California and Oregon. Honolulu, Hawaii also enforced a plastic bag ban at the beginning of 2020 as part of a plastic phase-out plan. Other American states including Vermont and Maine are set to implement bans in 2020. Connecticut and Delaware are to follow suit in 2021.

Unfortunately, the ban does not completely outlaw plastic bags: exceptions include bags provided with takeaway and delivery food, prescription drugs, rubbish bags, uncooked meat and fish, and some non-film ‘reusable’ bags. Businesses that do not comply with the new law could face up to a $500 fine.

New York’s Department of Environmental Conservation has announced that free reusable bags will be provided to low-income households. In New York City and other local authorities will offer paper bags for a 5-cent fee.

“We only have one chance to save our planet,” said New York’s mayor, Bill Blasio, as he handed out free tote bags in Manhattan.

A new study revealed that estimated Dolphin populations in the Indian Ocean have plummeted to a devastating 13% of pre-exploitation levels due to commercial fishing.

The study was published on 16 January, 2020 in Endangered Species Research and looked at estimates of species caught through “by-catch” in commercial fishing nets, including sharks, turtles and cetaceans (whales, dolphins and porpoises). An estimated 4 million cetaceans – mainly dolphins – have been caught as by-catch since 1950.

“These estimates do not include cetaceans that were caught by gillnet but discarded at sea, used as bait and not landed, escaped from capture but subsequently died or suffered significant sub-lethal impacts, caught in ghost nets or landed but not recorded,” says the study.

To put this into perspective, commercial whaling is estimated to have taken an estimated 2.9 million whales during the 20th century.

“The Indian Ocean tuna gillnet fishery has been effectively unmanaged; it may be the largest unresolved contemporary cetacean conservation and management issue,” says the study.

3. COKE, PEPSI AND NESTLE TO BE SUED FOR INVOLVEMENT IN THE PLASTIC POLLUTION CRISIS

An environmental group in California has sued 10 companies, including Coke, Pepsi and Nestle, for their harmful involvement in the global plastic crisis.

The Earth Island Institute has lodged a lawsuit which “seeks to hold major food, beverage, and consumer goods companies accountable for plastic pollution”, according to an article published by Earth Island Journal.

“This is the first lawsuit directly to take on these plastic peddlers who for years have spread the fake narrative that their products can be recycled when they know in many cases this is simply not true,” said Josh Floum, president of Earth Island’s Board of Directors, according to the article.

This follows a complaint lodged by City To Sea to the Advertising Standards Authority which highlights the “green-washing” of Coca Cola’s Sending Plastic Round In Circles campaign.

Coke, Pepsi and Nestle are responsible for a staggering 14% of the branded plastic pollution found worldwide, according to a report published by Break Free From Plastic.

4. HALF OF THE WORLD’S BEACHES COULD DISAPPEAR BY 2100

A new study predicts a “near extinction of almost half of the world’s sandy beaches by the end of the century” due to the climate crisis.

The study was published on 2 March 2020 in Nature Climate Change and compiled data from 35 years of satellite observations with 82 years of climate and sea level rise projections. “The projected shoreline changes will substantially impact the shape of the world’s coastline,” said the study.

“Many coastal systems have already lost their natural capacity to accommodate or recover from erosion, as the backshore is heavily occupied by human settlements, while dams and human development have depleted terrestrial sediment supply which would naturally replenish the shore with new material.”

The study also highlights that a large portion of this erosion is avoidable: with effective climate action, a huge 40% of erosion can be prevented.

“Moderate emissions mitigation could prevent 17% of the shoreline retreat in 2050 and 40% in 2100, thus preserving on average 42 metres of sand between land and sea,” said lead author of the study, Michalis Vousdoukas, to The Guardian.