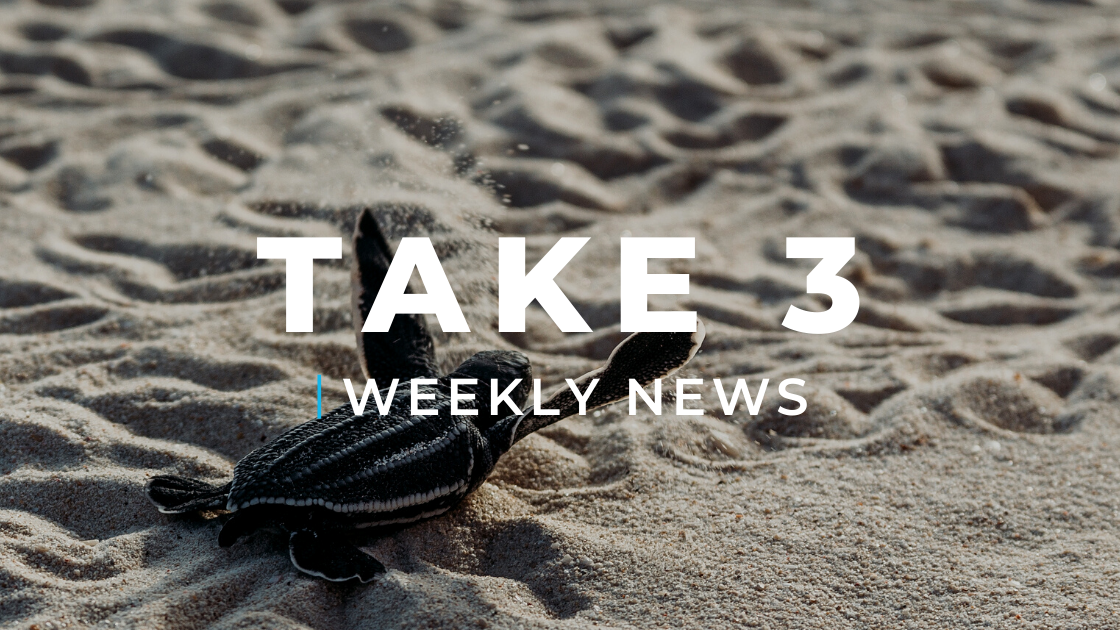 The NSW government is seeking community input on “the future of plastics in NSW” with The Plastic Plan Survey, open until 8th May, 2020.

The NSW government announced its intention to phase out single-use plastics as part of its 20-Year Waste Strategy. The Plastics Plan discussion paper was released on Sunday 8 March 2020, and is seeking public comment on proposals which:

Public consultation on the paper is now open, giving NSW residents an opportunity to tell the NSW government how they’re feeling towards plastic. Participating in the survey offers a chance to change the country’s relationship with the material that is polluting our waterways and killing our wildlife.

“Take 3 is thrilled that Australian states and territories can be united in a nation-wide ban on single-use plastics. The plastic pollution crisis needs affirmative, collaborative action across Australia and internationally to see positive and lasting change on the issue,” said Sarah Beard, Take 3 CEO.

Have your say against plastics in NSW and complete the survey here.

3.3 tonnes of rubbish has successfully avoided entering the ocean thanks to the City of Cockburn’s Clean Ocean Cockburn program featuring Take 3.

Cockburn Council teamed with Take 3 for the Clean Ocean Cockburn program, an initiative by Cockburn Council that aimed to reduce marine debris along the coastline of the area by encouraging locals to keep their beaches free from rubbish.

In December 2019, 15 new bins were placed at the entry points to Coogee beach. Over just 3 months, a net weight of 2.6 tonnes of rubbish has been binned – the equivalent weight of nine bottlenose dolphins, according to the Cockburn Gazette.

The program incorporated the use of a newly installed Seabin at the Port Coogee Marina and 15 bins stationed along the sand. The program also featured the “Clean Ocean Cuppas” program: a collaboration of local cafes who agreed to provide a free coffee for anyone who collected a bucket full of litter from the beach.

“This is a huge win for Cockburn’s coastal land and ocean environments and the sea life they support. We know that plastics are toxic to birds and ocean animals alike,” said Mayor Logan Howlett, according to the Cockburn Gazette.

“It’s also achieved the outcome of helping people establish better habits around being responsible for the rubbish they create.

“By encouraging people to pick up litter every time they’re out and about, they will hopefully become more aware of rubbish and establish litter collection as a lifelong habit.”

A new study led by researchers at the University of Tasmania has discovered 96 pieces of microplastic within an Antarctic ice core that was drilled in 2009, potentially affecting the region’s krill which feed on algae that grows within the ice.

14 different kinds of plastic were found in the analysis, averaging at 12 pieces of microplastic per litre of water. While microplastic has already been found in Antarctica’s surface waters, sediment and snow, scientists believe that the findings mark the first time that microplastic has been discovered within Antarctic sea ice.

“The remoteness of the Southern Ocean has not been enough to protect it from plastic pollution, which is now pervasive across the world’s oceans,” said lead author of the study Anna Kelly, according to The Guardian.

“Sea ice is habitat for key foraging species,” said co-author of the study, Assoc Prof Delphine Lannuzel, according to The Guardian.

“Krill defines everything else in the food chain and it relies on sea ice algae to grow.

“When you think now that sea ice algae is associated to [sic] plastics, you can think about the bioaccumulation of the plastics in krill and in whales,” she said.

4. SEA TURTLE NUMBERS BOOST IN THAILAND DUE TO COVID-19 LOCKDOWN

Lockdowns over the COVID-19 crisis are benefitting animals around the world as wildlife is provided with space to thrive. In Thailand the lockdown has benefitted the leatherback sea turtles in the area, with the highest number of nests in 20 years found along empty beaches.

Due to the lack of tourists on beaches in Thailand, the number of nests of leatherback sea turtles – considered endangered in Thailand – is the largest in two decades. According to The Guardian, no nests had been found in the last five years.

“This is a very good sign for us because many areas for spawning have been destroyed by humans,” said the director of the Phuket Marine Biological Centre, Kongkiat Kittiwatanawong, according to The Guardian.

“If we compare to the year before, we didn’t have this many spawn, because turtles have a high risk of getting killed by fishing gear and humans disturbing the beach.”