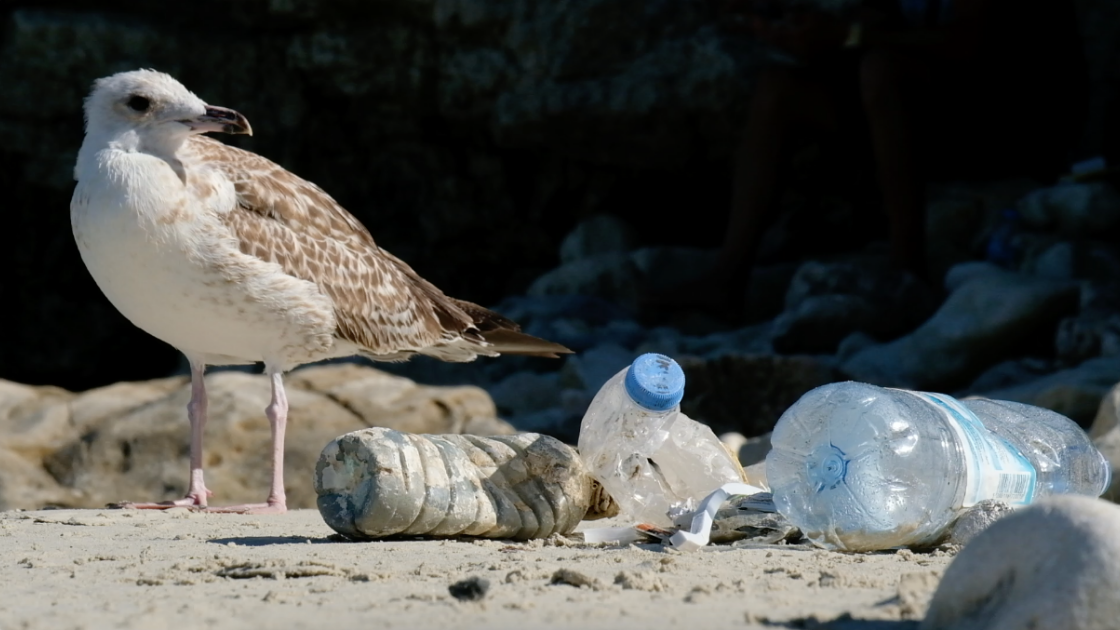 A new study has proven that chemicals from plastic waste accumulate in the bodies of seabirds, confirming the significant threat marine plastic pollution poses to marine wildlife.

Researchers from Hokkaido University in Japan monitored a natural colony of shearwater chicks nesting on a cliff on Awashima Island, Japan, in order to determine whether the chemicals which can leach from ingested plastic can accumulate within the birds’ bodies.

When the chicks consumed plastic, it was found that an accumulation of plastic chemicals presented in the chicks’ liver and fatty tissues at rate 120,000 times that of a natural diet.

“Because marine plastics contain an array of hazardous compounds, the chemical impacts of ingestion are concerning,” said the researchers in the journal published by Current Biology.

“Additional monitoring of six seabird species detected these chemical additives only in those species with high plastic ingestion rates, suggesting that plastic debris can be a major pathway of chemical pollutants into seabirds.

“These findings provide direct evidence of seabird exposure to plastic additives and emphasize the role of marine debris ingestion as a source of chemical pollution in marine organisms.”

Ingested plastic can have fatal effects on marine wildlife such as compromising digestion, as was seen with a sperm whale which beached itself in Scotland in December 2019 with 100kgs of litter within the animal’s stomach. Yet the effects of exposure to plastic-derived chemicals are less clear.

“This study demonstrates that plastics do lead to raised levels of contaminants in seabird chicks,” explained Dr Samantha Patrick from the University of Liverpool, according to the BBC. “This is an important step forward in our understanding of how plastics affect marine species.”

Scientists describe the seabird population impacts of plastic pollution to be “widespread, pervasive and rapidly increasing”.

It is predicted that 99% of all seabirds will have ingested plastic waste by 2050 unless effective waste management is put into place.

Much like the accumulating chemicals in the bodies of seabirds, more plastic is polluting our oceans every day. 12 million tonnes of plastic enter into our oceans each year. This is equivalent to emptying a garbage truck of waste into the ocean every minute.

Every plastic free decision that you make can have an impact. By bringing a reusable bag to do your groceries or choosing a reusable coffee cup rather than a disposable one, YOU could be saving an animal’s life from plastic ingestion, starvation or entanglement. Ensuring our waste is disposed of carefully and thoughtfully is critical in solving this issue, but avoiding plastic products in the first place is the most effective choice.