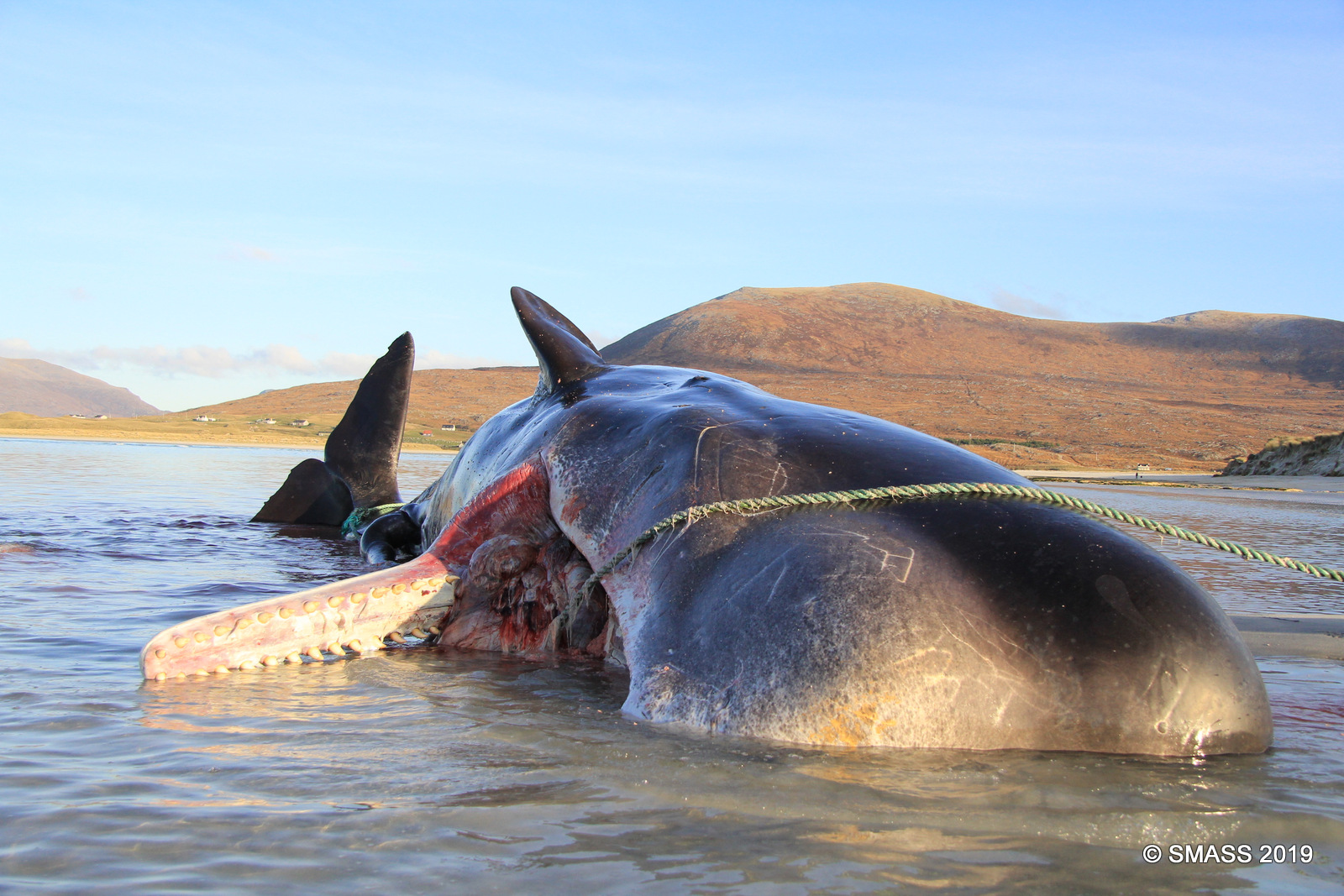 A beached sperm whale has been found with 100 kilograms of marine debris and plastic in its stomach. This horrific “litter ball” of deadly plastic waste delivers a clear and crucial message: our relationship with plastic is harming marine life around the world at alarming rates.

The whale died on a beach in Scotland, on the island of Harris in the Western Isles on 28th November 2019. An autopsy was performed by research organisation Scottish Marine Animal Strandings Scheme, finding a “huge ball” of marine debris within the animal’s stomach comprised of “sections of net, bundles of rope, plastic cups, bags, gloves, packing straps and tubing” and weighing up to 100 kilograms in total.

While the ingested debris was not found to have impacted or obstructed the intestines of the whale, researchers from Scottish Marine Animal Strandings Scheme explained in a Facebook post that “it is certainly plausible that this amount of debris was a factor in [the whale’s] live stranding”.

“This amount of plastic in the stomach is nonetheless horrific, must have compromised digestion, and senses to demonstrate, yet again, the hazards that marine litter and lost or discarded fishing gear can cause to marine life,” said researchers.

“It is also perhaps a good example that this is a global issue caused by a whole host of human activities. This whale had debris in its stomach which seemed to have originated from both the land and fishing sectors.”

It’s important not to let the overwhelming message of this event be for null – you can get involved. By choosing reusable over disposable plastics (or go without plastics entirely).

Who is to say that the plastic cups found within this whale’s stomach didn’t come from your own hands?