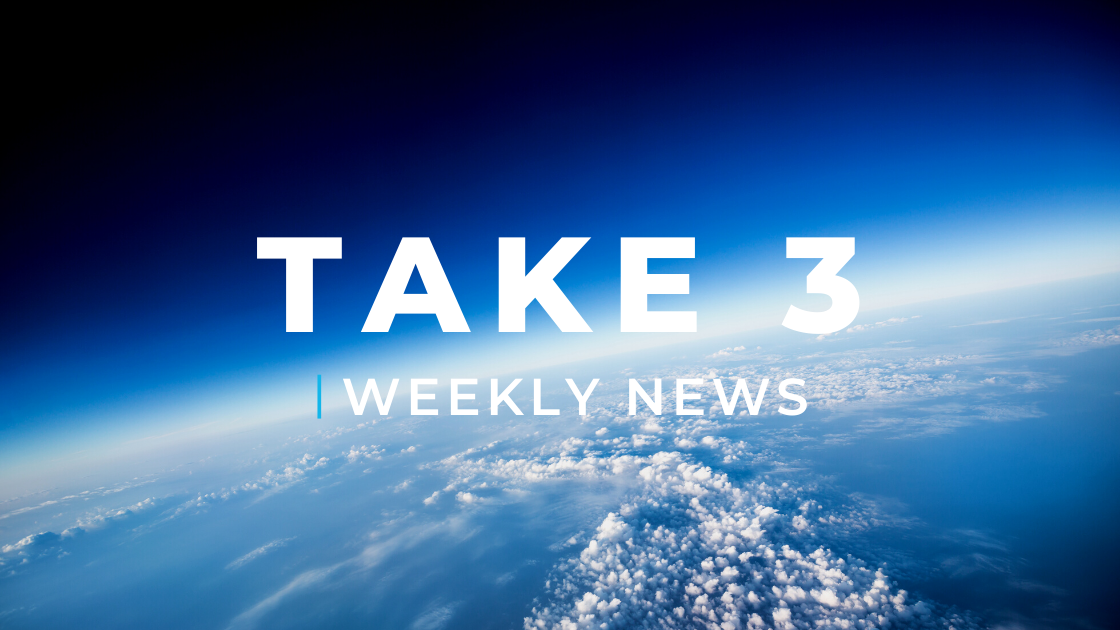 A new hole has opened up in the ozone layer above the Arctic due to abnormally low temperatures in the stratosphere, but is expected to disappear within a few weeks.

The reduction of ozone concentrations was recorded by scientists from the German Aerospace Centre (DLR) using data from the Copernicus Sentinel-5P satellite and has been tracked over recent days.

“The ozone hole we observed over the Arctic this year has a maximum extension of less than 1 million square kilometres. This is small compared to the Antarctic hole, which can reach a size of around 20 to 25 million square kilometres with a normal duration of around 3 to 4 months,” said Diego Loyola, from the German Aerospace Centre, according to The European Space Agency.

It is not uncommon for an ozone hole to develop within the area during the colder periods of the year, although this time around the opening has reached record dimensions. Scientists have quelled fears, stating that the hole is not a threat unless it travels further south over populated areas such as Greenland, where the lack of a protective barrier against ultraviolet rays would increase the risk of sunburn.

Current trends suggest that the hole will disappear in a few weeks, according to The Guardian.

2. MICROPLASTIC FOUND WITHIN SNOW IN THE ARCTIC

Microplastics have been found falling within snow in the Arctic, contaminating what has been believed to be one of the most pristine areas in the world.

A study published in the journal Science Advances presented findings of more than 10,000 microplastics per litre of snow, from samples collected from the Svalbard islands. The samples were analysed in a lab at Germany’s Alfred Wegener Institute in Bremerhaven, where fragments of rubber tyres, varnish, paint and possibly synthetic fibres were amongst the plastic particles found.

“We expected to find some contamination but to find this many microplastics was a real shock,” said lead scientist of the study, Dr Melanie Bergmann to BBC News.

“It’s readily apparent that the majority of the microplastic in the snow comes from the air.”

Researchers theorise that microplastics are being swept up by the wind and transported long distances through the atmosphere, though the mechanisms of how this occurs, scientists aren’t sure. The plastic is then brought to earth through precipitation, in this case – snow.

“We don’t know if the plastics will be harmful to human health or not. But we need to take much better care of the way we’re treating our environment,” said Dr Bergmann.

In March 2020, rising ocean temperatures instigated another mass bleaching event along the Great Barrier Reef. Experts warn that tropical reefs around the world may have reached a point of no return, with bleaching events potentially taking place on a “near-annual” basis due to the climate crisis.

The warning comes from Dr Mark Eakin, coordinator of Coral Reef Watch at the National Oceanic and Atmospheric Administration, who reported The Guardian.

“The real concern is with this much bleaching without tropical forcing,” said Eakin to The Guardian.

“This may be a sign we’ve now tipped over to near-annual bleaching in many locations.”

The period of highest risk for coral bleaching is during times when the Pacific Ocean enters a phase known as El Niño but due to the abnormal increases in ocean temperatures, the recent bleaching event along the Great Barrier Reef has taken place amid a neutral period of the cycle.

“It’s quite concerning that we are getting this much heat stress across the Great Barrier Reef in an Enso [El Niño southern oscillation]-neutral year,” said Dr Eakin to The Guardian.

“What we are seeing on the Great Barrier Reef and potentially elsewhere is really being driven just by anthropogenic climate change.

“If we get another El Niño, the odds are almost 100% that we will see another global bleaching event.”

Effects of plastic on human health