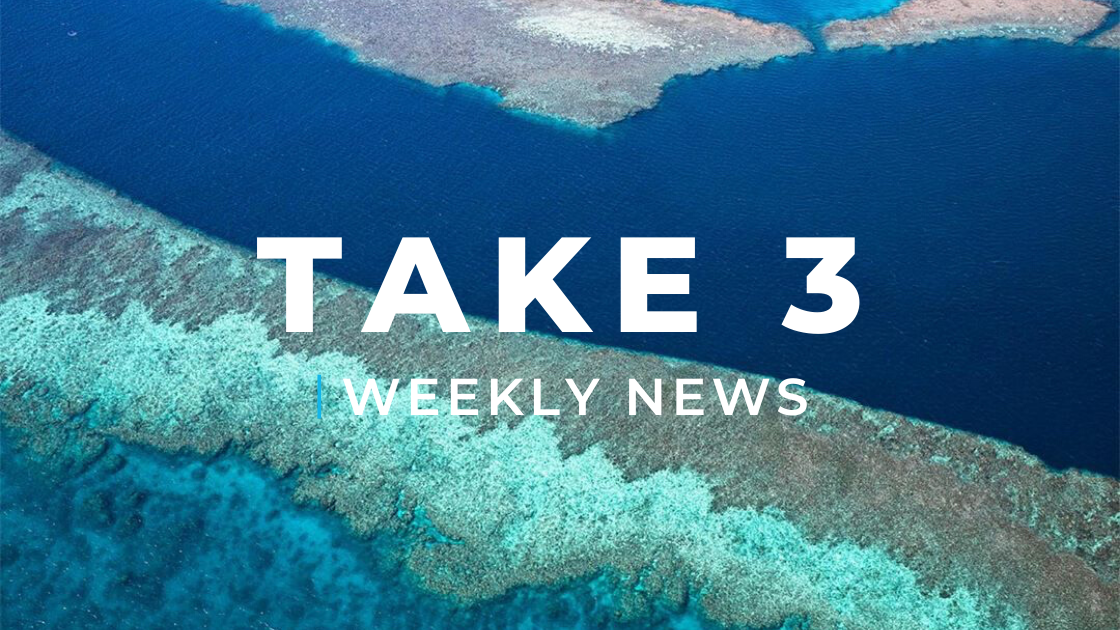 Thailand has kicked off the new year with a plastic bag ban rolling out across all major retailers. This is the first step toward a complete plastic bag ban set to include smaller shops from 2021. The ban is being communicated through a government campaign, including a series of advertisements that encourage citizens to reduce their use of plastic bags. The campaign kicks off after a successful few years of reduction initiatives that have seen 2 billion fewer bags used as a result.

Thailand’s public awareness of the plastic pollution crisis came to a focus last year after numerous animals, including a dugong and a deer, were killed due to plastic contents in their digestive systems.

Thailand’s history with waste has been challenging, struggling under poor waste management systems. The bag ban marks the country’s determination and commitment to a more sustainable future.

2. Plastic is in the air we breathe

Plastics are polluting our water, our food and now, the air we breathe. The plastic crisis persists as one of the biggest challenges humans face.

Scientists have estimated that 4.9 billion metric tonnes of plastic eventuate into the natural environment every year – materials that were destined for landfill, recycling or incineration. But plastic does not decompose. Instead, it breaks up into smaller and smaller pieces, creating ‘microplastics’. These microplastics continue to disintegrate into micro-sized dust particles and seep into the environment, including the air we breathe.

Microplastics, considerably the most sinister form of pollution, have been found within atmospheric deposition around the world. Atmospheric deposition is the process of precipitation (rain, snow, hail), particles, aerosols, and gases moving from the atmosphere to the earth’s surface. Due to the world’s unhealthy addiction to plastic, it is now falling from the sky like rain.

A new study conducted by Kings College London found that microplastics in central London are found in higher abundances than any major city examined to date. Samples were collected on a rooftop in the city and found microplastics in all samples collected, with deposition rates ranging from 575 to 1008 pieces of plastic per square metre per day.

“We found a high abundance of microplastics, much higher than what has previously been reported,” said Stephanie Wright, from King’s College London, who led the research. “But any city around the world is going to be somewhat similar.”

While the health effects are not yet fully known, the likelihood that health risks are posed from breathing in microplastics is high, as air pollution can damage nearly every organ and every cell in the body.

3. Thousands of carrots and sweet potatoes airdropped to starving Australian wildlife due to severe bushfires

New South Wales National Parks and Wildlife Services have turned to air-dropping thousands of carrots and sweet potatoes into bushfire affected habitat in order to provide food for native animals.

Due to the severe bushfires and drought across eastern regions of Australia, many native animals have been left without food or water. NSW officials have lent a helping hand by delivering food and setting up watering points, a move which has brought a wide range of birds seeking water.

Experts estimate that over 1 billion native animals have been killed by the intense bushfires, pushing threatened species closer to extinction such as the endangered Brush-tailed Rock wallabies.

“The provision of supplementary food is one of the key strategies we are deploying to promote the survival and recovery of endangered species like the Brush-tailed Rock-wallaby,” said NSW Environment Minister Matt Kean.

“Initial fire assessments indicate the habitat of several important Brush-tailed Rock-wallaby populations were burnt in the recent bushfires. The wallabies typically survive the fire itself, but are then left stranded with limited natural food as the fire takes out the vegetation around their rocky habitat,” said Mr Kean.

A scientific report released on Tuesday 14th January revealed that the oceans have never been as warm as they were in 2019. The past 5 years have consecutively broken records for the highest average annual ocean temperatures, with 2019 holding the title for the highest recorded temperatures to date.

The new data follows an upward trend of warmer oceans. Scientists are deeming the data, which was published in Advances in Atmospheric Science, as “irrefutable” and “further proof of climate change”.

“There are no reasonable alternatives aside from the human emissions of heat-trapping gases to explain this heating,” said lead author Lijing Cheng from the Chinese Academy of Sciences.

But why do record ocean temperatures matter? Besides providing more proof of a global climate crisis, changing ocean temperatures can change weather patterns due to the oceans and atmosphere being “inextricably linked,” says The Guardian.

When ocean temperatures change, marine life can be irreversibly affected. The bleaching of coral reefs, such as the Great Barrier Reef is due to increased water temperatures. Further increases in ocean temperatures, which are predicted if widespread change doesn’t take place, will affect all marine life and continue to threaten our already fragile marine ecosystems.