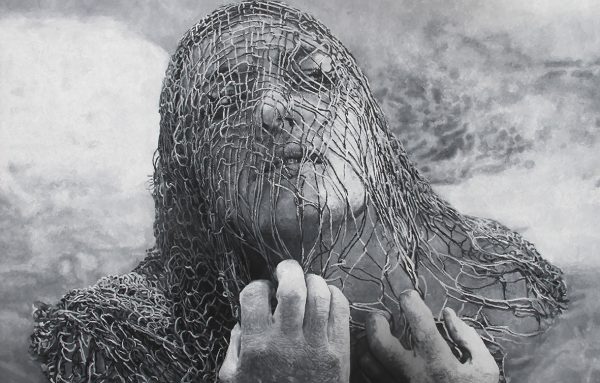 Evocative and chilling, Jeska Valk’s hyper realistic style of painting forces one to focus on more than what is on the canvas.

Jeska’s paintings bring attention to the injustices brought upon the natural world through the misadventures of humans, exploring this toxic relationship in her painting “Entanglement” which was generously donated to Take 3 and hangs in the office of its co-founders, Roberta Dixon-Valk and Amanda Marechal.

“Jeska’s ability to evoke emotion through her art is incredible. Her painting up on the wall in the Take 3 offices reignites our motivation daily to continue the fight against plastic. I can’t wait to see how her art instills that fight for the environment within people around the world,” said Roberta Dixon-Valk, Co-founder of Take 3.

The painting explores the issue of shark nets and their devastating effect on marine life. During the 2015-2016 season the New South Wales shark netting program revealed 133 target sharks were caught along with 615 non-target marine animals off beaches between Wollongong and Newcastle.  Almost half of the animals caught perished in the netting. The report also revealed 90 threatened or protected species were caught in the nets.

But the problem doesn’t stop there.

At the beginning of November 2019, Greenpeace published a report on the effects that discarded nets and lost and abandoned fishing gear, or “Ghost Gear”, has on our oceans. The report found that an estimated 640,000 tonnes of ghost gear enters the ocean every year, equivalent in weight to 50,000 double decker buses. These ghost nets keep fishing our marine wildlife long after being discarded, entangling whales, dolphins, seals, turtles, rays…just to name a few species.

Jeska’s art explores the social aspects of environmental issues, aligning seamlessly with the Take 3 movement: the actions that we make, no matter how simple, can have a huge impact on our environment.

It’s time to change our relationship with the natural environment for the better. Simply, Take 3 pieces of rubbish before leaving the beach, waterway or… anywhere and you have made a difference.

You can connect with Jeska Valk on Instagram and Facebook, or view her work at Art Lovers Australia. 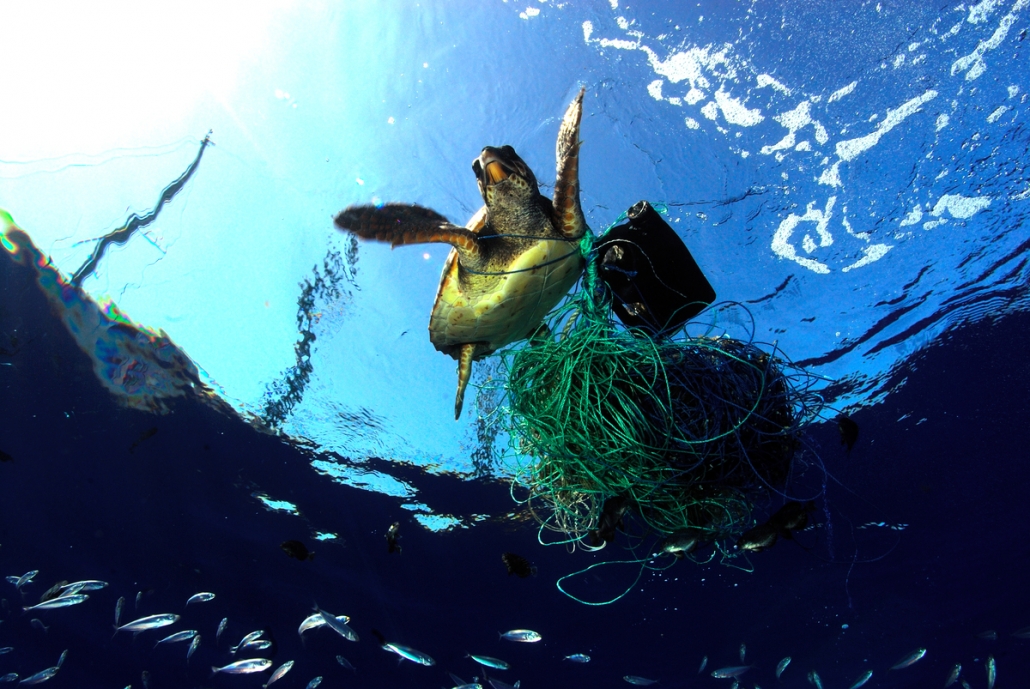 Image Source: Greenpeace.org. A Sea turtle is entangled in fishing gear. Greenpeace activists onboard the Rainbow Warrior found the turtle in the Mediterranean Sea north of Libya, and freed it.