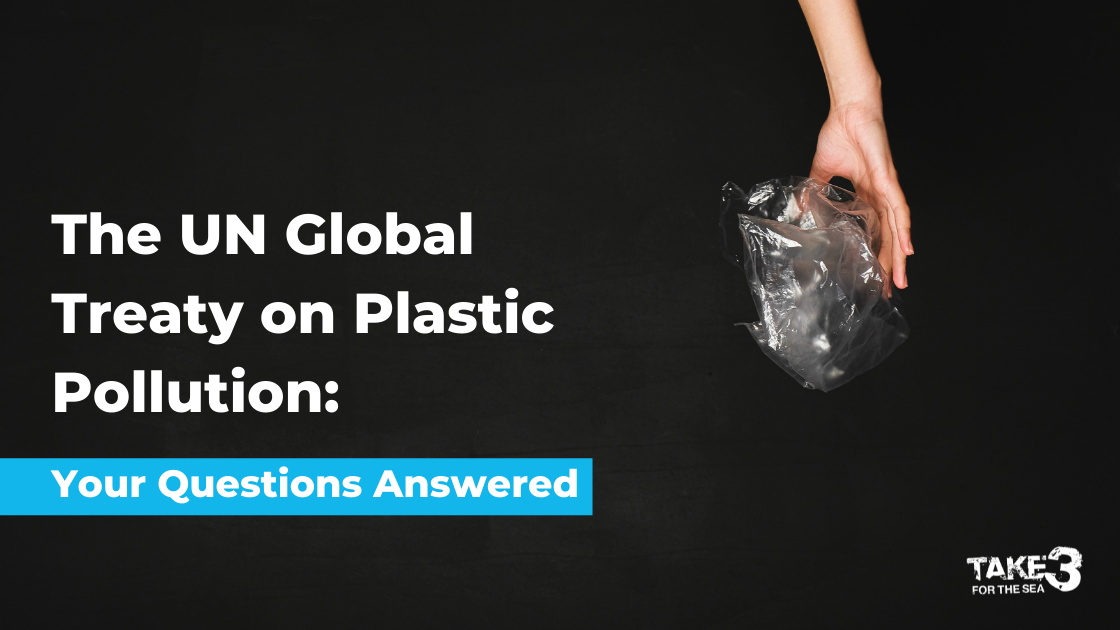 About 9.2 billion tonnes of plastics was produced between 1950 and 2017, and about 7 billion tonnes of that are now waste. About 75% of that waste is either sitting in landfills or accumulating in the environment – on land or in our oceans and waterways.  And plastic production is set to quadruple by 2050.

It is becoming increasing more apparent in global media that the plastic pollution crisis poses a serious threat to our climate and our community. You may have heard news hailing the resolution of the UN Global Treaty on Plastic Pollution… but what does this actually mean? We’ve broken it down to answer a few questions you may have.

Q: What is the UN Global Treaty on Plastic Pollution?

A: At the recent United Nations Environment Assembly (UNEA 5.2) in Nairobi, Kenya, representatives from 175 countries endorsed a resolution to end plastic pollution, and to create a legally-binding treaty designed to reduce the harmful impacts of plastic throughout its lifecycle.

Q: Why is this Treaty a big deal?

A: This is not just a big deal, it’s arguably the biggest deal for the environment since the 2015 Paris Climate Accord! The Treaty, which will be drawn up by 2024, will provide the framework to reduce the harm done by plastic throughout its lifecycle – from design, production, use and disposal. The only way to solve the complex plastic pollution problem is to address the whole plastic lifecycle, and that’s exactly what this Treaty will do. Because plastic pollution is a trans-national problem, meaning it doesn’t recognise country borders, it was vital to get the involvement of as many countries as possible. And because the treaty will be legally-binding, all the countries who agreed to it will have to comply with it.

Q: So is the plastic pollution problem solved now?

A: Not just yet. The mass production of plastic started in the 1950s so It’s taken 70 years for us to recognise the problems it can cause if it’s not properly managed. So it will likely take us many decades to get the problem properly under control. But this Treaty puts us on track to solve the problem. Nobody put it better than Monica Medina, a US delegate to UNEA 5.2, who said:  “We have lots of work ahead of us, but it is the beginning of the end of the scourge of plastic on this planet.”

A: Not at all. Even though the UNEA agreed to create a Treaty, the deadline of 2024 is self-imposed so there is a risk it may slip. We can’t let our guard down. We need to keep up pressure on those in power to ensure the Treaty is drawn up and ratified on time.  But the UN resolution proves that those of us who have been raising the issue of plastic pollution for years can truly make a difference. Without all those impassioned voices calling for a change in how we manage plastics to prevent them harming the environment, nothing would have changed. Thank you for doing your bit.

Take 3 for the Sea were thrilled to be asked by the United Nations to accredit two individuals to attend the UNEA in Nairobi. Keep an eye on Take 3’s socials for content unpacking their unique experience at the conference.

Quench your thirst for all things ocean-related at this year’s Ocean Film...

The Circular Economy: Your Questions Answered
Scroll to top
x