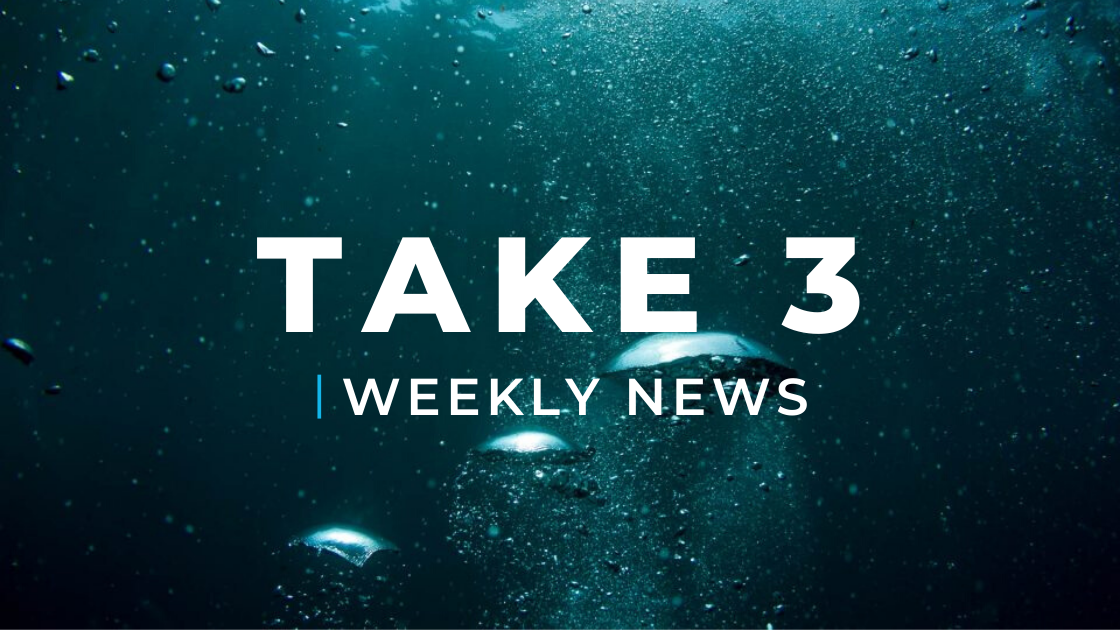 OVER 500,000 HERMIT CRABS ARE ENTRAPPED AND KILLED BY PLASTIC EVERY YEAR ON A REMOTE AUSTRALIAN ISLAND

A recent study undergone by researchers from the University of Tasmania has revealed that over half a million hermit crabs are killed every year on the Cocos (Keeling) Islands and Henderson Island due to plastic pollution.

Published in The Journal of Hazardous Materials, the research found that Hermit Crabs – well known for the protective shells on their backs – have been mistaking plastic debris for new ‘homes’ and crawling into plastic bottles and containers, only to become entrapped due to the slippery surface of the plastic. An estimated 569,000 crabs are killed annually across the two islands, becoming a devastating new addition to the marine life that is harmed or killed due to the world’s addictive relationship with plastic.

In an innovative attempt to reduce the amount of waste on aircrafts, Air New Zealand are trialling new edible cups to replace the millions of disposable coffee cups used by the airline each year.

Air New Zealand has stated that more than 8 million coffee cups are served every year by the company in the air and on the ground, making the switch to waste-free cups a win for the environment. The airline has teamed up with New Zealand company Twiice: a family-owned business with a green outlook who produce cups made from “leak-proof” vanilla flavoured biscotti.

Around 500 billion disposable coffee cups are produced each year, positioning takeaway cups as one of the most wasteful single-use plastic items. While this inventive solution means fewer coffee cups polluting our seas, Air New Zealand is still encouraging customers to bring their own reusable cups onboard aircraft and into its lounges.

The cups have been offered on some flights between New Zealand and Australia, with customer feedback holding positive thus far. 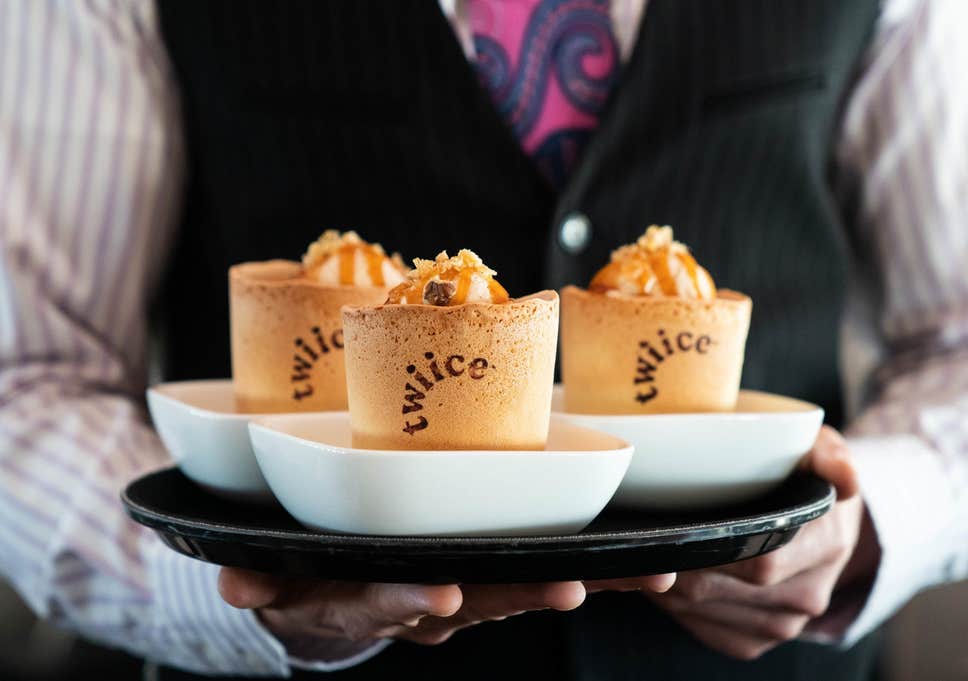 OUR OCEANS ARE LOSING OXYGEN

The International Union for Conservation of Nature (IUCN) released a report on Saturday 7th December at the Global Climate Summit in Madrid which revealed that the oxygen level of the ocean has declined by approximately 2% since the 1960’s.

The report combined the efforts of 67 scientists from 17 countries to find that the deoxygenation of our oceans is occurring and the impacts will be felt world-wide by 2100, unless we do something about it.

The deoxygenation is tied back to – you guessed it – global warming. More specifically, ocean warming, which is when heated ocean water resulting from climate change holds less soluble oxygen. This then leads onto stratification: reduced circulation and oxygen exchange with the atmosphere and the water, due to increased separation of upper and lower water columns. This deoxygenation process is also impacted greatly by cultural eutrophication, which is when there is excess nutrient runoff from agriculture, sewage and fossil fuels.

“Oxygen decline will impact marine ecosystems and the dependent human population.  Even the smallest fall in oxygen levels, when near already existing thresholds, can create significant issues with far-reaching and complex biological and biogeochemical implications,” said the report. 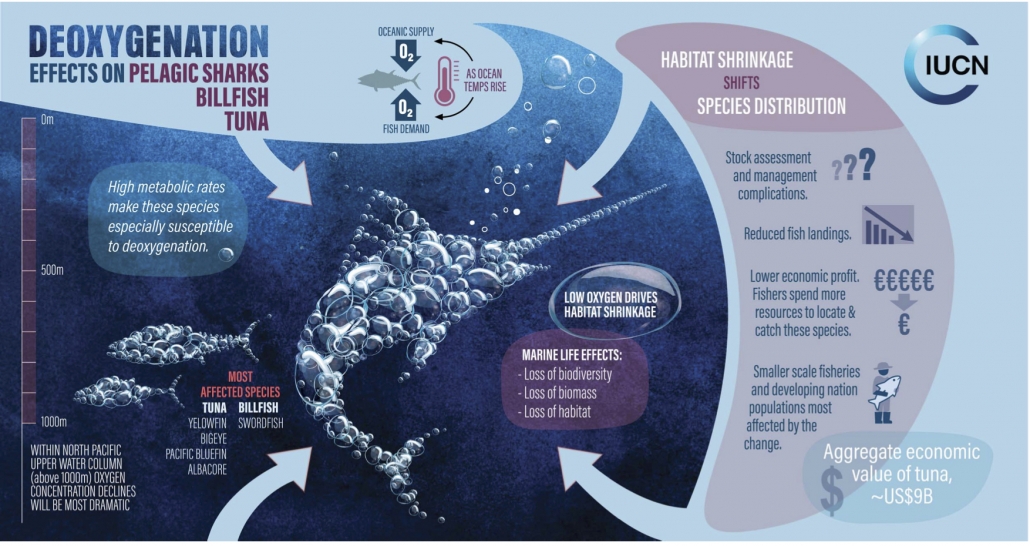 Infographic from IUCN report on deoxygenation effects on marine life

Over 500,000 hermit crabs are entrapped and killed by plastic every year on...