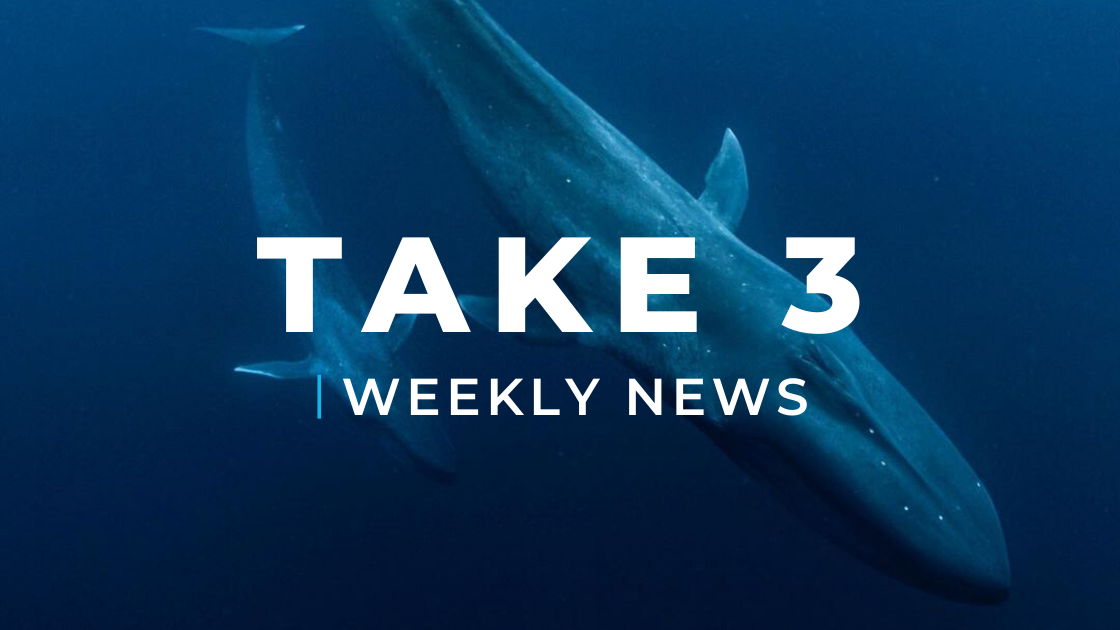 1. PLANS TO DRILL IN THE GREAT AUSTRALIAN BIGHT SCRAPPED

Norwegian oil giant Equinor has announced that the company will abandon plans to drill for oil in the Great Australian Bight due to the expedition being “not commercially competitive.” This follows two other major fossil fuel producers, BP and Chevron, who abandoned their own plans for drilling in 2016 and 2017.

Equinor was granted environmental approval to drill 372km off the coast of South Australia and had planned to drill at a depth of 2.5 km.

Huge public backlash surfaced over the risks that the drilling posed to the marine environment, with a risk assessment published by Equinor outlining a worst-case scenario of an oil spill which could potentially reach the mid-east coast of Australia.

“The only way to protect coastal communities and the Great Australian Bight’s unique marine life is to rule out drilling permanently,” said Greenpeace Australia Pacific chief executive officer, David Ritter, according to the ABC.

100 years since whaling began in South Georgia, whale populations are “very close to full recovery” due to 30 years of protection efforts.

A recent report published by the British Antarctic Survey has sighted an “unprecedented” number of critically endangered Antarctic Blue whales at the sub-Atlantic island of South Georgia, an important feeding ground for a number of whaling species. Numbers of Blue whales in the region have boomed in the past two years, growing from just one sighting in 2018, to 36 sightings in 2020, with 55 individual whales being spotted.

“For such a rare species, this is an unprecedented number of sightings and suggests that South Georgia waters remain an important summer feeding ground for this rare and poorly known species,” reported the British Antarctic Survey.

Due to the whaling industry, past population numbers have been decimated: an estimated 176,000 whales have been killed in the region in the last 60 years.

Preliminary estimates suggest that the Humpback Whale population is at 20,000 individuals seasonally returning to the region to feed, with 790 whales sighted during the 21 days of survey.

“After three years of surveys, we are thrilled to see so many whales visiting South Georgia to feed again. This is a place where both whaling and sealing were carried out extensively. It is clear that protection from whaling has worked, with humpback whales now seen at densities similar to those a century earlier, when whaling first began at South Georgia,” said Whale project leader, Dr Jennifer Jackson.

3. GREAT BARRIER REEF ON THE EDGE OF ANOTHER BLEACHING DISASTER

“We are down to the wire,” said Prof Terry Hughes, director of the ARC Centre of Excellence for Coral Reef Studies at James Cook University, to The Guardian. The Great Barrier Reef Marine Park Authority is closely monitoring the spread of heat stress areas.

“The pattern so far is following in the footsteps of 2016-17 and it’s already hotter than it was in the interim years,” said Prof Terry Hughes. “If it happens or not will depend on the vagaries of the weather for the next two weeks.”

Bird watchers have spotted a rare Common Merganser duck with a plastic ring lodged within its beak in a lake in New York City’s Central Park. Due to the restraining position of the plastic, the bird is unable to feed and is slowly but surely starving.

“It can’t close its throat, so when it dives, water rushes in and prevents it from feeding,” said Manhattan bird photographer Bradley Kane, according to The New York Times.

New York City’s Parks Department has constructed a rescue plan of sending park rangers onto the lake in kayaks in an attempt to save the animal, after attempts by birdwatchers to capture the duck and remove the plastic have failed.

The public sighting of the harmful effects of plastic comes at a crucial time with a plastic bag ban taking effect in New York from 1 March 2020. Over 23 billion plastic bags are used in New York State every year and the ban will apply to all retailers that collect sales tax, including grocery and clothes stores.