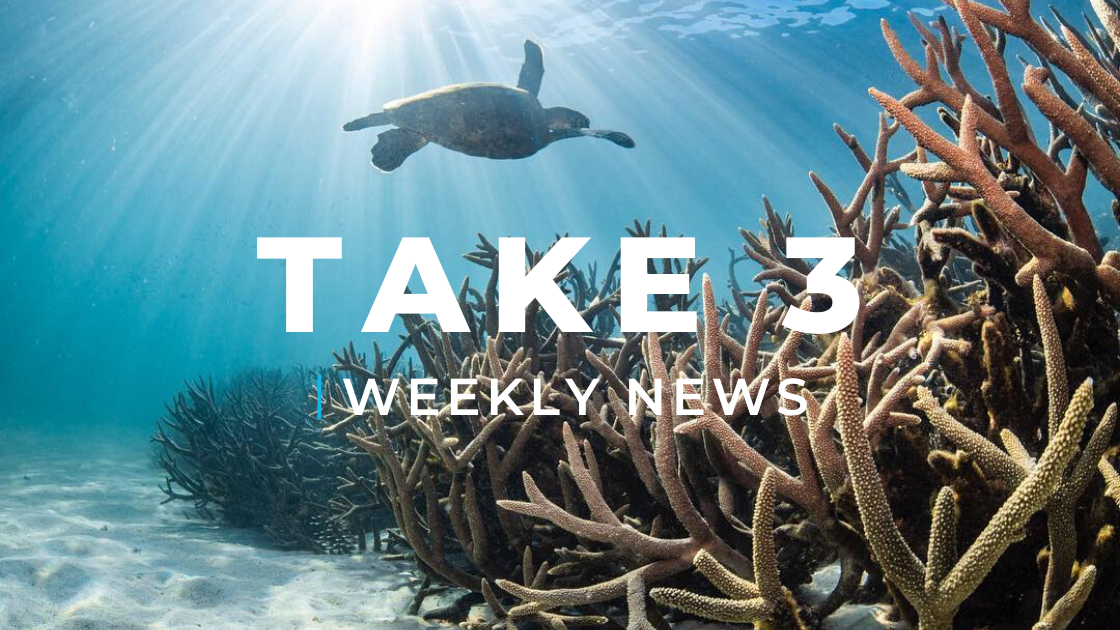 1. THE RISING ACIDITY OF OUR OCEANS IS DISSOLVING CRAB SHELLS

Ocean acidification and the subsequent lowered pH of seawater is affecting the structural integrity of Dungeness Crabs along the US West Coast, according to a study published by the National Oceanic and Atmospheric Administration (NOAA).

Researchers looked at ocean acidification levels from 2016 and found that the lowered pH levels of seawater in Oregon, Washington and British Columbia are dissolving the shells of young Dungeness Crabs. This causes damage to the crab’s sensory organs, potentially impairing their ability to swim, stay buoyant and escape from predators.

Ocean acidification is a term used to describe the chemical reactions which take place when carbon dioxide is absorbed by seawater. This complex process effects the seawater’s chemistry, lowering the seawater’s pH and levels of calcium carbonate minerals.

“If the crabs are affected already, we really need to make sure we start to pay much more attention to various components of the food chain before it is too late,” said lead author Nina Bednarsek, senior scientist with the Southern California Coastal Water Research Project, according to the Sustainability Times.

2. THE WORLD’S CORAL REEFS ARE DYING

An estimate from the United Nation Intergovernmental Panel on Climate Change (IPCC) indicates that global warming of 2°C could kill 99% of all corals, drastically impacting marine biodiversity and those that rely on it.

A report published by the Environmental Justice Foundation highlights the vital importance of coral reefs around the world and the immense threats that they are currently under, including ocean acidification, warming and deoxygenation.

“The loss of this habitat would have devastating impacts on marine wildlife across interconnected ecosystems. Species of fish, dolphins, sharks and already endangered sea turtles would be widely affected. It would also prove catastrophic for the estimated 275 million people living in coastal communities who depend directly on coral reef ecosystems for food, income and storm protection,” says the report.

News of dying reefs have been shared for years. In 2016, Australia’s Great Barrier Reef experienced a mass bleaching event due to a marine heatwave which affected approximately 30% of the reef, yet it is the level of severity which is alarming. A study published August 2019 regarding severe marine heatwaves found that in some cases “the water temperatures are so warm that the coral animal doesn’t bleach… the animal dies and its underlying skeleton is all that remains.”

“More than 75% of all coral reefs on the planet are currently threatened by a combination of stressors including climate change, overfishing and destructive fishing, coastal development, pollution and damage,” says the Environmental Justice Foundation report. “As they deteriorate, fish populations disappear, reefs provide less storm protection, they are less attractive to tourists and they no longer contribute to the formation of sandy beaches, another protective barrier for coastlines and attraction for tourists.”

The report also outlines the economic value of coral reefs, with tourism and recreation equating to $9.6 billion, coastal protection to $9 billion, fisheries to $5.7 billion, and wildlife to $5.5 billion. These figures are delivered with a “note of caution: valuing biodiversity in this way is of course subjective, how do we put a value on a species’ intrinsic right to exist?” 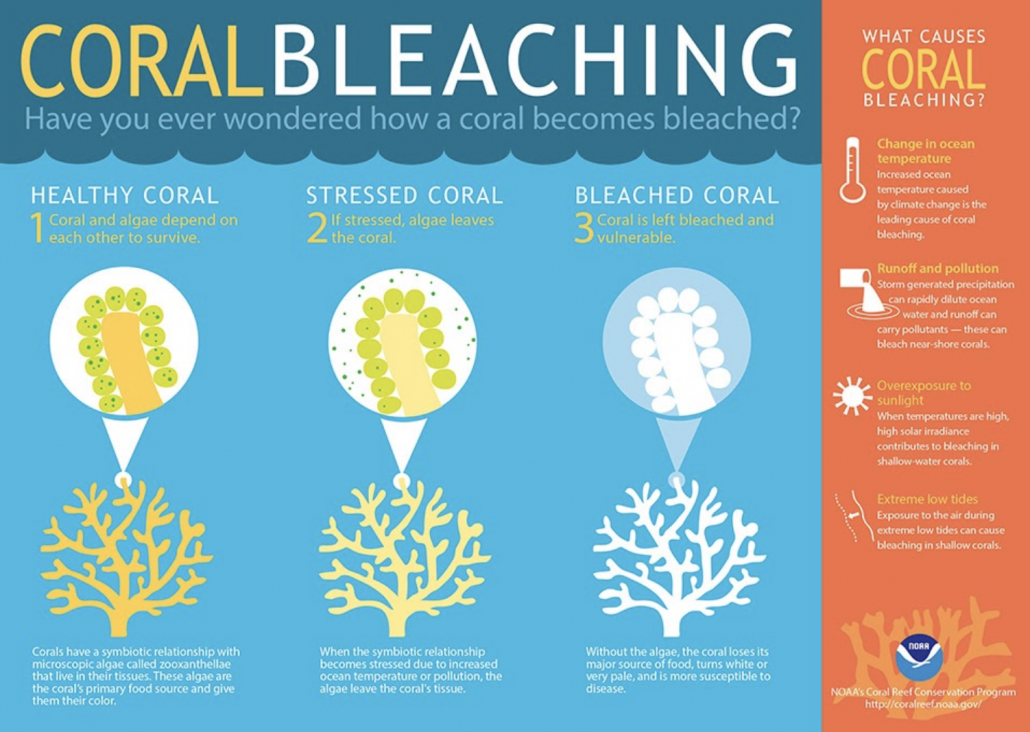 Photographer Shane Gross has received first prize in the conservation category of the 2019 Ocean Art Underwater photo competition with an eerie photo of a turtle entangled in fishing line.

The photo was shot in Eleuthera, Bahamas where Shane was on a dive with his partner, Anita.

“My dive buddy came to me in tears talking about a poor turtle that was already long dead, tangled in fishing line. She didn’t have time to remove the line so she told me where it was and I went back. I didn’t want any scavengers to also become entangled,” said Shane.

“I took my camera because images like this can become warnings for the future. We don’t want any other turtles, or any creatures, to become doomed to the same unfortunate fate: drowned and wasted thanks to our negligence.”

The haunting photo showcases the impact of art in delivering a message. According to a report published by Greenpeace, abandoned, lost or discarded fishing gear is estimated to make up 10% of the plastic waste in our oceans.

“Around 300 turtles were discovered dead in a single incident in 2018, entangled in ghost fishing net in Mexican waters,” says the report.

“There is still a remarkable amount of beauty in our ocean but if we don’t also draw attention to these truths, it gets too easy to ignore what we are doing to that beauty,” said Mr Gross. 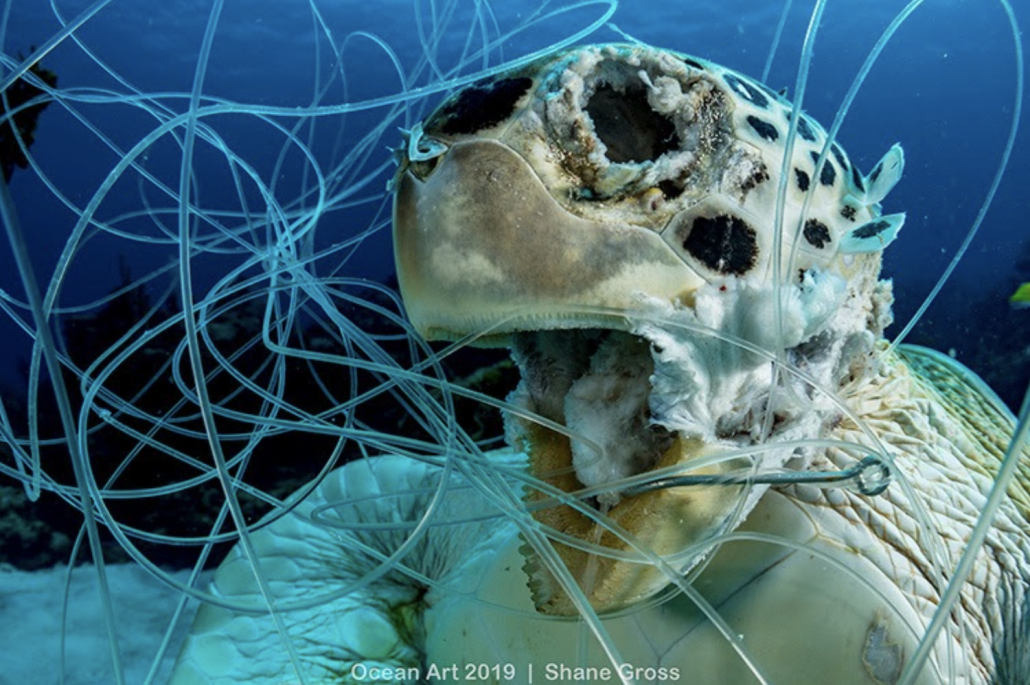