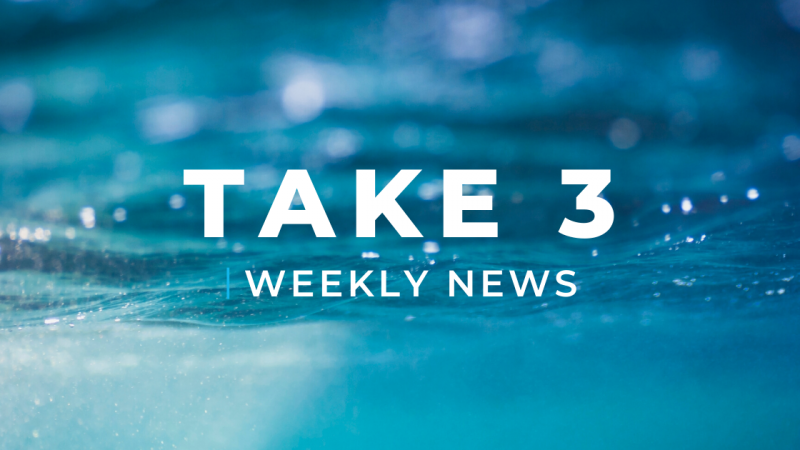 The ocean is spitting out the plastics that humans have polluted it with, with microplastics coming ashore in the form of sea spray.

A recent study by researchers from the University of Strathclyde and the Observatoire Midi-Pyrénées at the University of Toulouse is the first to identify the travel of microplastics in sea breeze and ultimately, the movement of plastic from the ocean into the atmosphere.

“Sea breeze has traditionally been considered ‘clean air’ but this study shows surprising amounts of microplastic particles being carried by it. It appears that some plastic particles could be leaving the sea and entering the atmosphere along with sea salt, bacteria, viruses and algae,” explained co-leader of the study, Steve Allen to The Guardian.

The plastics travel in the form of bubbles, which ascend through the water and soak up particles like sponges, before popping in the air “like soda in a glass when it hits your nose,” said Mr Allen.

“The transport mechanism is quite complicated,” said Mr Allen.

“We know plastic comes out of rivers into the sea. Some goes into gyres, some sinks and goes into the sediment, but the quantity on the sea floor doesn’t match the amount of plastic that would make up this equation. There’s a quantity of missing plastic.”

“We know plastic moves in the atmosphere, we know it moves in water. Now we know it can come back. It is the first opening line of a new discussion.”

Even if the Paris-Agreement commitment to keep global temperature rise to 2 degrees Celsius is met globally, sea levels are predicted to rise to approximately 0.5 metres by 2100 and 2 metres by 2300, a new study reveals.

to better predict sea level rise over the next 3 centuries.

The final prediction has proved much more dire than previous predictions published by the IPCC. A worst-case scenario could see a staggering 5.6 metre rise of sea level by 2300. If a global effort to keep warming below 2 degrees is upheld, predictions still see a rise of 0.5 metres by the end of the century.

“What we do now within a few decades will determine sea-level rise for many centuries, the new analysis shows more clearly than ever before,” said Stefan Rahmstorf from the Potsdam Institute for Climate Research to Deutsche Welle.

“But this is also good news: when it comes to greenhouse gas emissions, we have it in our own hands how much we increase the risks for millions of people on the world’s coasts, from Hamburg to Shanghai and from Mumbai to New York.”

Negotiations for a treaty that protects and conserves the biological diversity of the high seas are underway.

The treaty aims to conserve and sustain marine biodiversity in waters beyond national jurisdiction and is being developed under the U.N. Convention on the Law of the Sea (1982) which defined the rights and responsibilities of nations around the world and established principle environmental protections.

The ongoing negotiations began in 2018 and attempt to fix the faults in laws that leave international waters at risk. Some of the amendments include establishment of a framework for area-based management tools such as marine protected areas, outlining requirements for environmental impact assessments, and improvements towards management and conservation.

Despite a postponing of negotiation sessions due to the COVID-19 pandemic, conservationists are excited for what the changes will mean for the marine environment.

“This is the first time that there’s been a treaty process devoted to marine biodiversity in the high seas and the first ocean treaty really to be negotiated in over 30 years,” said director of the High Seas Alliance, Peggy Kalas, according to The Revelator.

PLASTIC POLLUTION INCREASE IN THAILAND DUE TO COVID-19

Thailand’s plastic waste has increased by a jaw-dropping 62% throughout April 2020 due to the COVID-19 pandemic, despite the single-use plastic bag ban implemented at the start of the year.

3,432 tonnes of plastic was thrown away in Bangkok each day in April 2020, an increase from 2019’s 2,115 tonnes, according to city data. Contaminated items such as plastic bags, takeaway containers, single use bottles, and coffee cups made up more than 80% of the waste. This is due to the increased demand for food delivery as consumers stay at home to avoid spread of the coronavirus, according to Reuters.

“The large increase is very concerning,” said the president of the Thailand Environmental Institute, Wijarn Simachaya to Reuters.

“What progress we’ve made on the campaign against single-use plastic has gone back to square one.”