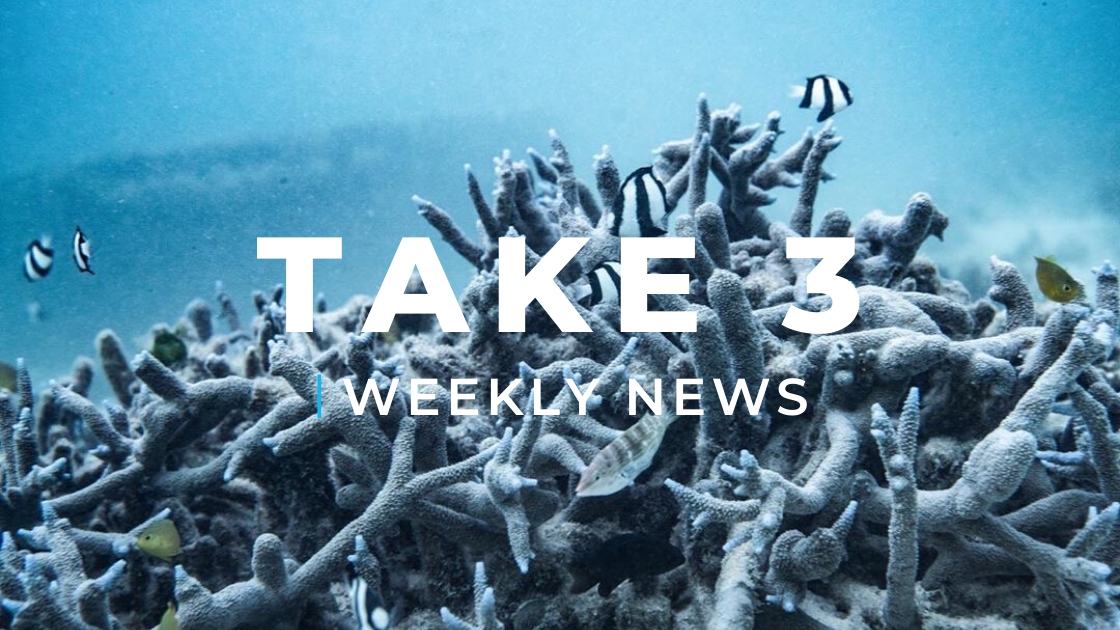 1. UNITED NATIONS ENCOURAGES EDUCATION OF PLASTIC CRISIS WHILE CHILDREN ARE IN ISOLATION

The United Nations (UN) has released a statement encouraging families to incorporate plastic pollution awareness into home-based learning for children.

Amid the COVID-19 pandemic, it is important to not lose momentum on our fight against the plastic crisis that is suffocating our natural environment. In a statement posted on 23 March 2020, the UN outlined activities which will occupy children while teaching them about the material which is plaguing our planet.

“Every day we use lots of plastic products without thinking about their impact on the planet,” says the statement. “There are many more ways that you can teach your children about plastic pollution and its impacts.”

The Great Barrier Reef has experienced a third mass coral bleaching event in five years, according to scientists who have been conducting aerial surveys over individual reefs in the region.

“We know this is a mass bleaching event and it’s a severe one,” said Prof Terry Hughes, one of the world’s leading authorities on coral bleaching, to The Guardian.

The aerial survey assessed bleaching levels of 682 reefs, from 500 ft above in a helicopter, and was carried out by Hughes and a staff member from the Great Barrier Reef Marine Park Authority.

This mass bleaching event follows two severe bleaching events in 2016 and 2017, which combined killed approximately 50 percent of all shallow water corals in the reef.

As COVID-19 lockdowns take effect in the US and China, air pollution drops dramatically due to the decrease in cars on the roads.

The New York Times has released images taken from a satellite which detects emissions expressed from cars and trucks, showcasing decreases in pollution in comparison to the same weeks in 2019.

New York City has presented a staggering drop in emissions of carbon monoxide of more than 50 percent below regular levels, according to researchers at Columbia University.

“We’ve never seen anything like the drop we saw starting last Friday,” said Roisin Commane, an assistant prof at Columbia University, according to The New York Times.