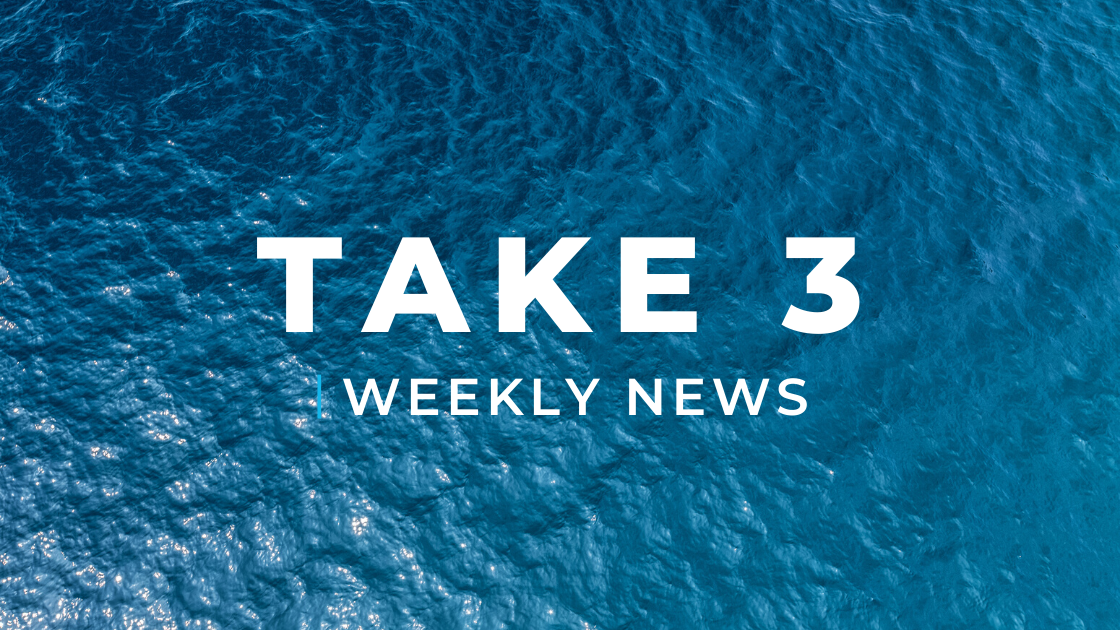 1. IT CAN TAKE 1,300 YEARS FOR LEGO BRICKS IN THE OCEAN TO DEGRADE, NEW STUDY REVEALS

LEGO bricks could survive in the marine environment for as long as 1300 years, according to a new study led by the University of Plymouth, England.

Scientists examined 50 LEGO blocks which had washed up on a beach in Cornwall, England, and compared them to unused blocks from the 70s and 80s. The blocks were measured, weighed and examined for faults and signs of degradation, and were then subjected to X-ray fluorescence analysis.

The study estimated that the plastic blocks could withstand complete degradation from anywhere between 100 to 1300 years in the marine environment, posing harmful risks to marine life.

“The pieces we tested had smoothed and discoloured, with some of the structures having fractured and fragmented, suggesting that as well as pieces remaining intact they might also break down into microplastics,” said Dr Andrew Turner, lead author of the study in a statement.

Sir David Attenborough has called for a worldwide ban on deep sea mining, claiming that exploitation of the world’s oceans is “beyond reason”.

Attenborough urged governments to enforce bans in an interview with Sky News on 12 March, following a study which predicted “terrible impacts that cannot be reversed” if mining within the deep sea was to continue.

“We should not go in and trash an area of the globe about which we know hardly anything until we’ve done the proper research – in short we want a moratorium against action of industrialising the deep sea,” he said in the interview.

“The fate of the deep sea and the fate of our planet are intimately intertwined. That we should be considering the destruction of these places and the multitude of species they support – before we have even understood them and the role they play in the health of our planet – is beyond reason,” said Sir Attenborough in the study.

The European Union plans to introduce new laws which force electronics manufacturers to make their products easier to repair and reuse in an effort to increase the recycling rates of electronic goods.

Less than 40% of electronic waste or ‘e-waste’ is believed to be recycled in the EU, reportedly due to lack of sustainable design. New products that enter the EU market will be more readily recyclable, repairable, and will be designed to last longer, according to Reuters.

“This linear pattern of production and consumption does not give producers an incentive to make more sustainable products,” said the European Commission in a statement. The new eco-law will ensure that phones, tablets and laptops will meet a set of technical standards and will consist of changeable and repairable parts.

“The linear growth model of ‘take, make, use, discard’ has reached its limits,” said Virginijus Sinkevičius, European commissioner for the environment, according to The Guardian.

“With the growth of the world population and consumption, this linear model pushes us closer and closer to a resource crisis. The only way ahead is decoupling economic growth from extraction of primary resources and their environmental impacts.”

4. PLANS TO BAN SINGLE USE PLASTICS IN WALES

The Welsh government has announced plans to ban a wide range of single use plastics from 2021, including plastic straws, cotton buds and balloon sticks. Food takeaway items such as plastic cutlery, plates, polystyrene cups and containers are also listed in the proposed ban.

This follows a ban in England of plastic straws, stirrers and cotton buds which is set to take hold from April 2020.

“It is vital we don’t throw away our future, which is why we believe taking this direct action will have a significant impact on changing people’s behaviour and make them think about their waste when ‘on-the-go’,” said Hannah Blythyn, the minister in charge of recycling, according to BBC.

A letter from our CEO
Scroll to top
x