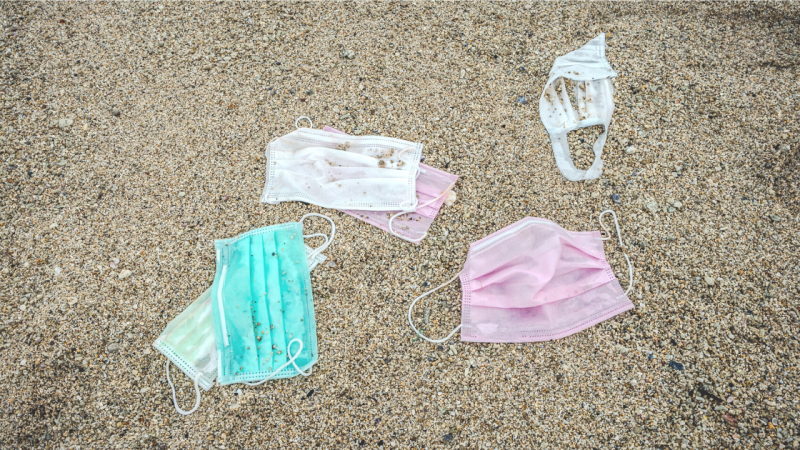 A survey by Take 3 for the Sea of its global audience found that 42 percent of people are more reluctant to pick up littered items during the current global pandemic. Concerns over the volumes of rubbish polluting local communities are also growing, with 72 percent of survey respondents stating they have noticed an increase in neighbourhood litter since the COVID-19 pandemic began.

Understandably, there is a high level of anxiety around the risks to health and safety associated with the pandemic, and the huge impact it has had on millions of people around the world. That said, it shouldn’t mean that all is forgotten about the environmental catastrophes that are occurring on multiple fronts.

Prior to COVID-19, Australia was taking (small) steps toward securing a more sustainable future. New proposals at various levels of government to restrict the supply of single-use plastic items became available for public comment, including the NSW government’s Plastics Plan Discussion Paper and the QLD government’s Plastic Pollution Reduction Plan.

The increase in community action and advocacy to reduce single-use plastics prompted Australia’s governments to answer the call for sustainability from the top-down. The National Plastics Summit 2020 in Canberra provided an intersection between governments, industry and non-government organisations to identify new and existing innovative solutions to plastic pollution and cement collaborative commitments to lasting change across various sectors. But since the pandemic began, much of the restrictions on single-use plastics have been lifted or postponed.

“The ground that was made in reducing the supply of single-use plastics was considerable, plastic pollution had become a part of everyday conversation,” said Take 3 CEO, Sarah Beard, “but all of that progress has gone back to where we were five years ago.”

Now over six months into the global pandemic, and despite growing concerns from many individuals, community groups and non-governmental organisations, Australians are yet to understand the long-term effects of the increase in single-use plastic usage this year, or how this spike in plastic pollution will be addressed.

In March 2020, the Australian federal government ordered an additional 54 million face masks to help contain the coronavirus outbreak. Being able to take immediate action to keep Australians safe is a direct reflection of the privileges that many Australians are afforded. But what happens to all of this single-use plastic once it’s discarded?

Through reviewing historical data, the United Nations has predicted that around 75 percent of used masks and other pandemic-related products will end up in landfill or oceans. The flow-on effects of the increase in production, supply and consumption of single-use plastics during the coronavirus pandemic will be significant, and are already starting to show. 72 percent of respondents to Take 3’s community survey stated they have noticed an increase in neighbourhood litter since the COVID-19 pandemic began.

Not surprisingly, pandemic pollution has already reached the ocean. Two major southerly swells washed up piles of used and unused surgical face masks on beaches along Australia’s eastern seaboard on 27 May 2020 and 17 July 2020.

“The shipping container accident saw hundreds of thousands of new plastic face masks become ocean pollution,” said Beard, “and while this accident is of course not the fault of COVID-19, much of the reports on the spill stated that the materials weren’t hazardous, but my response to that is, not hazardous to who?”

Clean-up crews across the country sprang into action recognising the devastating effects plastic pollution has on oceans and marine life. Take 3 for the Sea partnered with Australian Seabird Rescue Central Coast to mobilise volunteer networks and clean-up the marine debris on local beaches. Around the country, Take 3 called out to its community and reminded them of the role they can play every day, when they #Take3fortheSea.