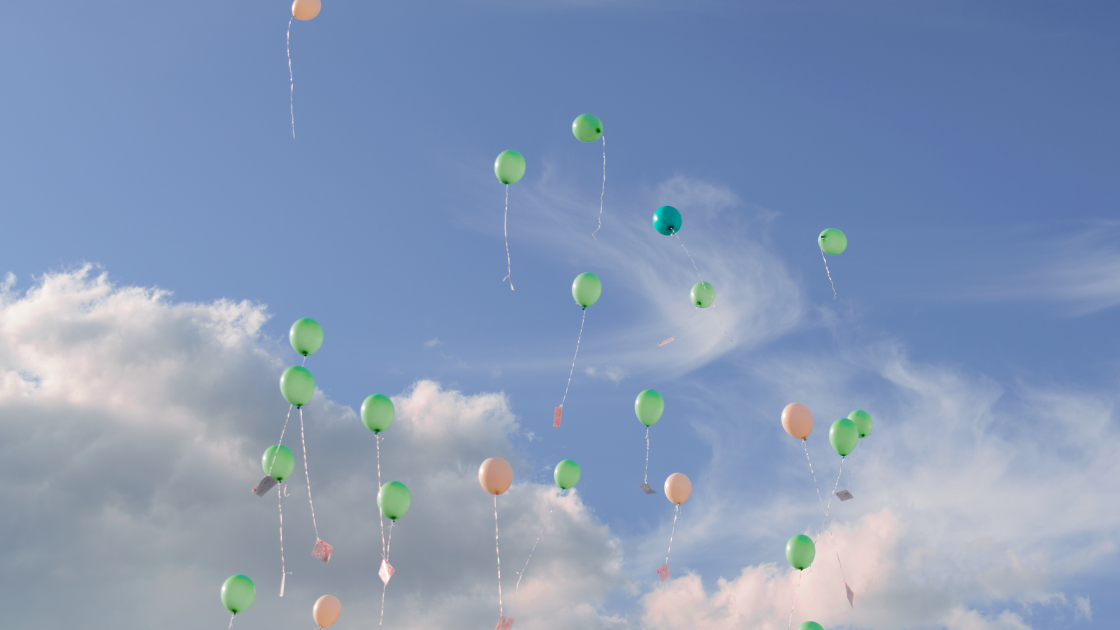 Everyone loves balloons, especially children. We associate them with parties and fun social events like birthdays and weddings. Balloon releases, where dozens of balloons are deliberately let loose to fly off into the distance, look impressive and are popular at end-of-life ceremonies and product promotions.  But did you know that balloons are wreaking havoc on sea life, and causing avoidable deaths of seabirds, turtles, seals and dolphins?

Researchers investigating seabird deaths have found that balloon fragments are one of the most dangerous types of plastic birds can ingest. A 2020 report by CSIRO (the Commonwealth Scientific and Industrial Research Organisation) declared balloons to be  “one of the disproportionately deadliest litter items to marine wildlife”. This is because balloons floating in the water near the surface can look like jellyfish or squid, favourite food sources of many animals. Seabirds, turtles, seals and dolphins have all been known to mistake the balloons for food and eat them. Balloon fragments are so dangerous when ingested because they are able to squeeze into the animals’ stomachs where they contort, causing blockages and inhibiting nutrient absorption, effectively starving the animal. Hard plastic, while problematic in other ways, does not get stuck in animals’ stomachs in the same way. In fact, CSIRO found that seabirds are up to 32 times more likely to die when they swallow balloons than any form of hard plastic.

Even though balloons are made from rubber latex, a natural product derived from trees, many chemical compounds are added to it to give us the product we typically only use for a few hours before discarding. These compounds include antioxidants, flame-retardants, plasticizers, preservatives, fragrances and dyes. And it’s not just the balloons themselves that can cause harm. Animals can easily become entangled in the ribbons or strings attached to balloons which can also lead to injury or death.

In light of all the facts about the potential harm balloons can do when discarded in the environment, it’s hard to justify their continued use. One by one, Australian states and territories are taking steps to limit or even ban their use. In Victoria, releasing balloons is classified as littering and has been illegal and punishable by fines since 2021. Helium balloon releases have been formally banned in Queensland and Western Australia, and other states are considering adding restrictions on balloon releases to their current single-use plastics bans. 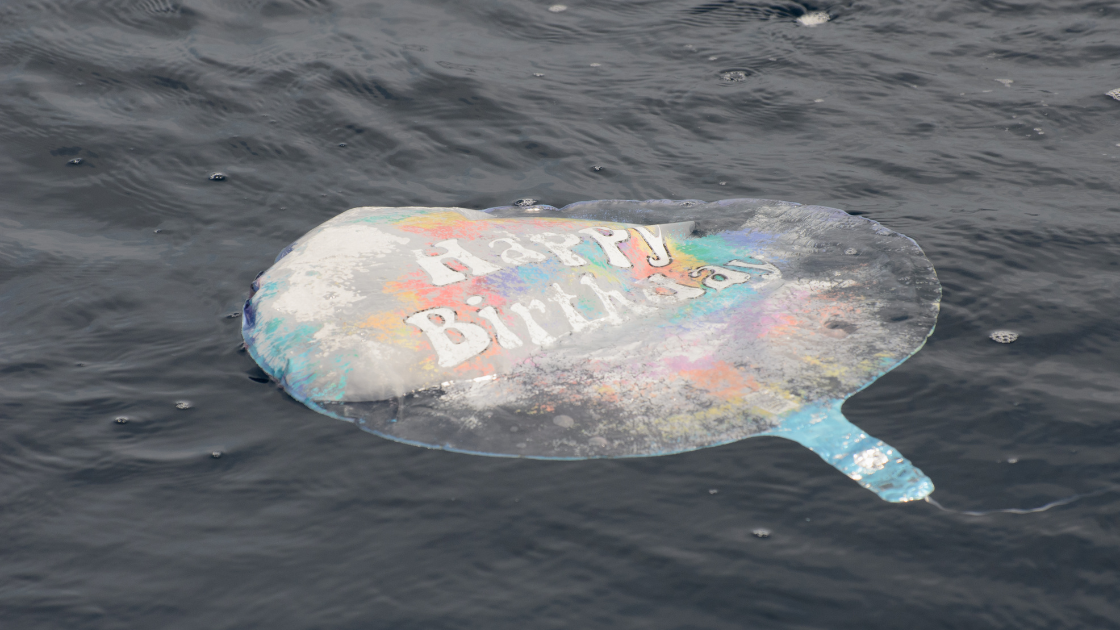 What can you do?

It’s easy to avoid polluting the seas with balloon waste – don’t use them. Instead, use the following:

For memorials: use flowers or feathers; light a candle, plant a tree or donate to a charity in the name of the loved one

For promotions or product launches: use a dancing inflatable figure, flags, bunting or streamers

And don’t be fooled into buying balloons marked ‘biodegradable’ thinking these will be less harmful. Studies have shown that biodegradable balloons are still intact and capable of causing harm to animals many months after release into the environment, meaning they have just as much potential to harm wildlife as regular balloons.

Get balloon releases banned by your  local or state government

Ask your local council about their policies on balloons. If you’re not happy with their response, lobby them to do more.

Time’s Up for SUP in NSW!