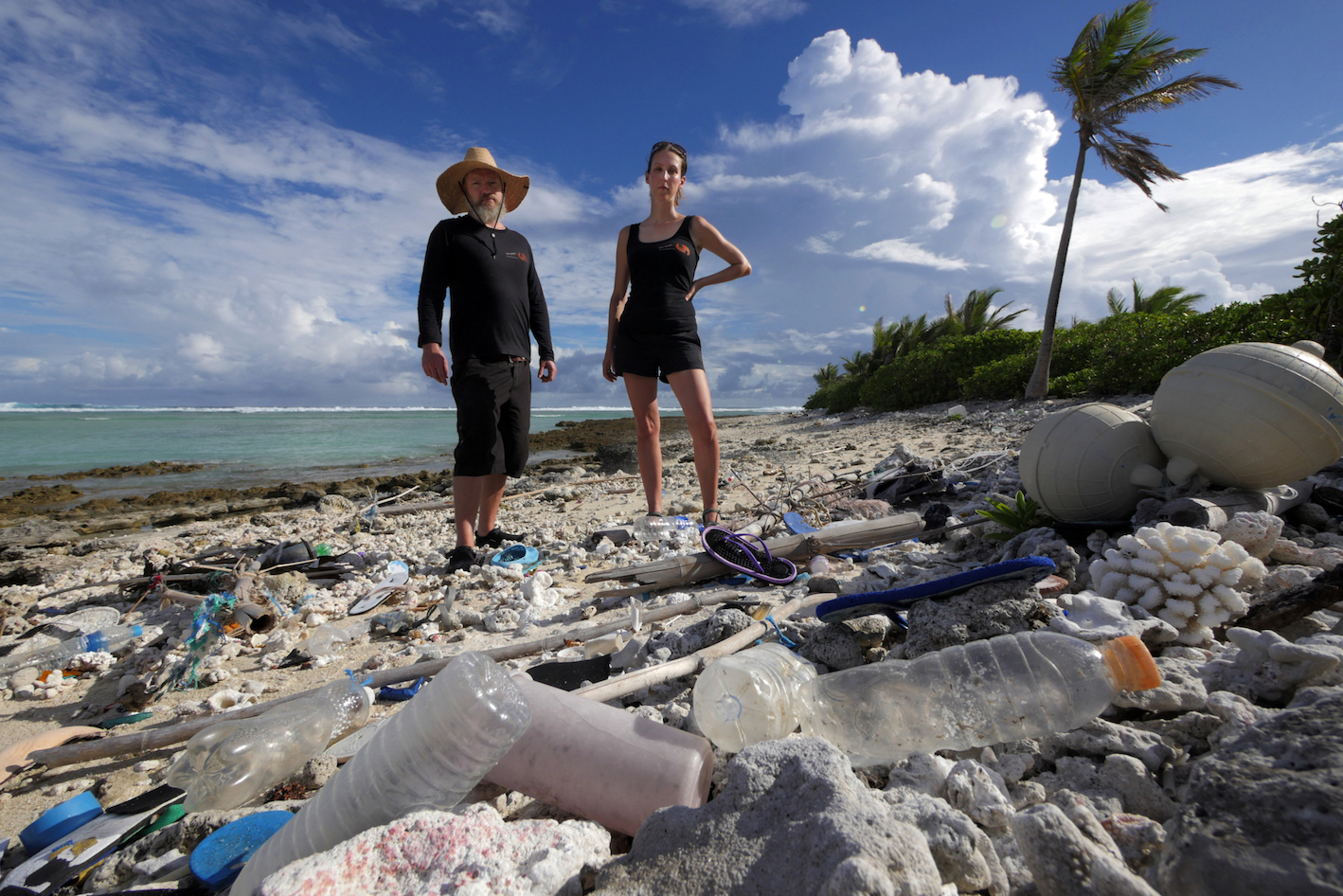 In the tropics of the Indian Ocean, two large coral atolls that form the Cocos (Keeling) Islands act as oceanic sieves, filtering out what circulates beneath the water’s surface.

You’d be forgiven if you believed the Cocos (Keeling) are pristine, untouched paradise, considering their tropical location and micro community of 600 people. But the reality presents a grim contrast. Over a thousand kilometres away from the nearest city, Australia’s Cocos (Keeling) Islands are “literally drowning in plastic,” says Dr Jennifer Lavers.

Dr Lavers, Research Scientist at the University of Tasmania, has found Cocos (Keeling) beaches “that face into the predominant currents are accumulating incredible amounts of debris.”

To be specific, 414 million pieces of plastic litter the Cocos (Keeling) Islands. The survey of plastic pollution led by Dr Lavers and Institute for Marine and Antarctic Studies (IMAS) was recently published in the science journal Nature, and presents a frightening insight into the state of our oceans.

The plastic debris found in the study consisted largely of single-use consumer items like bottle caps, straws, plastic shoes and thongs (flip-flops). The study estimated the weight of the plastic pollution to be 238 tonnes of plastic, made up of 977 000 shoes and 373 000 toothbrushes, to name a few.

The critical issue of plastic goes much deeper than what is seen on beaches or floating in the oceans. Plastic pollution that turns up on beaches, riverbanks and foreshores is estimated to represent only 10% of the amount of plastic that’s present in our oceans.

When plastic enters the ocean, 70% of plastic sinks to the bottom. In May 2019, plastic waste was found at the deepest part of the ocean, the Mariana Trench, 11 kilometres beneath the surface. Just because we can’t see the 320 million tonnes of plastic in our oceans, doesn’t mean it’s not there.

Every year, another 8 million metric tonnes of plastic enters the ocean. Plastic pollution is now so widespread, picking up rubbish cannot solve the problem.

HOW DO WE STOP THE PROBLEM OF PLASTIC POLLUTION?

Tim Silverwood, Take 3 CEO and Co-Founder said “This research reinforces a simple fact; cleaning up beaches and coastlines will never, ever solve this problem. If we are to protect oceans and wildlife from plastic pollution we must turn off the tap.”

Since 2009, Take 3 has been delivering education that inspires participation in schools, surf clubs, communities and online. Our call to action encouraging people to #Take3fortheSea has been immensely successful with participation in 129 countries resulting in the removal of an estimated 10 million items every year. The social movement Take 3 have generated around the globe plays a critically important part in educating and inspiring communities to take action.

In recent years, the awareness of plastic pollution and waste has grown exponentially with the support of mass media programs including Blue Planet 2, the documentary BLUE and Australia’s War on Waste series.

“Every item removed is one less item impacting oceans and wildlife, but we can never ‘pick our way out of this’. We need to turn off the tap of plastic entering the environment.

“Policy-makers, businesses and multi-national corporations have a huge role to play in winding back the current take-make-dispose model and adopt a circular economy model where waste is valued as a resource and returned safely to the system with no allocation for landfills, incineration or careless dumping,” said Mr Silverwood.

This research from the Australian Cocos (Keeling) Islands confirms once and for all that that the plastic pollution we see truly is just the tip of the iceberg. The findings should serve as a wake up call for policy-makers, corporations and anyone concerned about the state of the oceans.

We must take this warning seriously and take action to end the sources of plastic pollution.

Take 3 relies on the support of individuals, communities, businesses and organisations to achieve our mission to reduce global plastic pollution and waste.