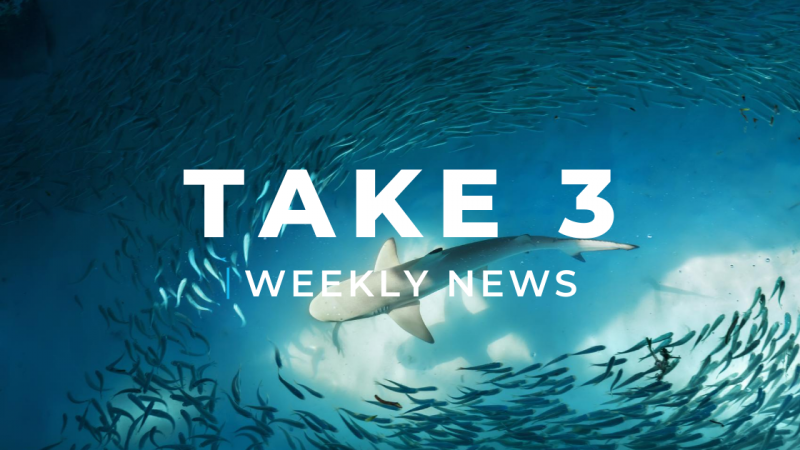 1. MICROPLASTICS FOUND IN 67% OF SHARKS

Researchers from the University of Exeter, UK, have revealed evidence of ingestion of microplastics in demersal shark species, with 67% of sharks examined containing microplastics or other man-made fibres.

The new study, published in the journal Scientific Reports, examined 46 bottom-feeding sharks across 4 different species. A total of 379 microplastics and man-made particles were found within the digestive systems of the sharks.

“We were shocked that the overwhelming majority (95%) of contaminants identified were microfibres from fishing lines and nets for example, or synthetic cellulose that’s used to make viscose, rayon, and disposable facemasks,” said lead author of the study, Kristian Parton, according to One Green Planet.

It is not yet known whether the ingestion of plastics has a harmful effect on the sharks, although a study published in April by the Queen’s University Belfast showed that plastics may affect cognition in animals, with the presence of microplastics impacting hermit crab’s ability to choose optimal shells.

“Our addiction to plastics combined with the lack of mechanisms to protect our oceans is suffocating marine life. Sharks sit on top of the marine food web and play a vital role in ocean ecosystems. Yet, they are completely exposed to pollutants and other human impactful activities.  We need to stop producing so much plastic and create a network of ocean sanctuaries to give wildlife space to recover. The ocean is not our dump, marine life deserves better than plastic,” said head of Oceans for Greenpeace UK, Will McCallum in a statement. 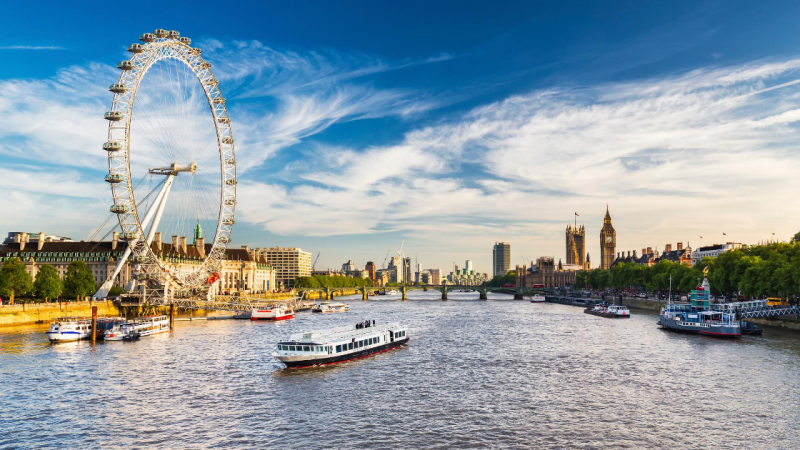 London’s River Thames is among the highest plastic polluted rivers in the world according to a new study by researchers from Royal Holloway, University of London. Researchers estimated a huge 94,000 microplastics per second flowing down the river in some places.

Degraded plastic food packaging, glitter and micro-beads from cosmetic products were among the most common plastic items found in the river. Researchers are calling for stricter regulations surrounding plastic products, including clearer labelling and disposal instructions.

“The increased use of single-use plastic items, and the inappropriate disposal of such items, including masks and gloves, along with plastic-containing cleaning products, during the current Covid-19 pandemic, may well exacerbate this problem,” said Prof Dave Morritt from Royal Holloway, according to BBC News.

London tap water is largely supplied by the Thames Water, with 70% of supplied water collected from reservoirs upstream from the River Thames, indicating the high risk of human ingestion of microplastic particles via drinking water.

“It is unsurprising that microplastics have been found in over 80% of tap water in London,” reads the study. 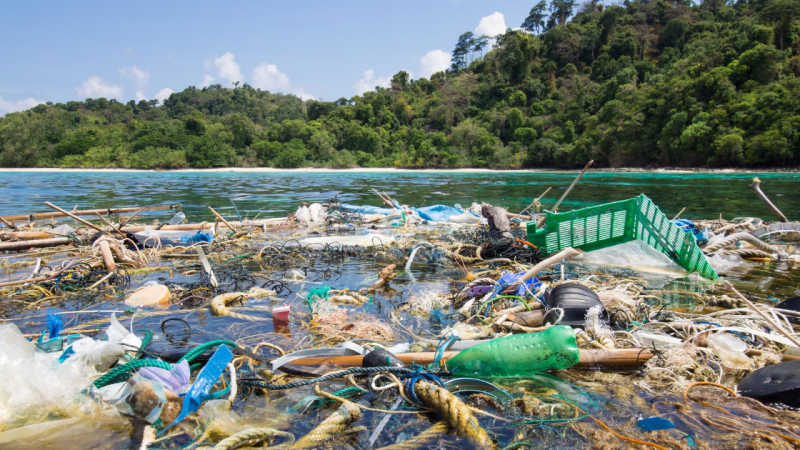 Plastic waste that is entering our oceans – approximately 11 million metric tonnes annually – is expected to triple in volume in the next 20 years despite global efforts from environmentalists and conservationists to reduce plastic pollution.

A new study, published in the journal Science, showed estimates of the effectiveness of interventions to reduce plastic pollution over the next 20 years.

The findings show that despite what has seemed to be a global shift away from single use plastics, with plastic bag bans taking place across the globe and governmental efforts made to reduce plastic waste, much more work is needed to tackle the plastic crisis. In fact, the current efforts by governments and companies is estimated to reduce the projected volume of plastic by only 7% by 2040.

“Even the toughest management approaches proposed [in the paper] will still lead to a cumulative increase in plastic pollution within the environment,” said Alice Horton from the UK’s National Oceanography Centre, to The Guardian.

“Urgent and extensive interventions in plastic waste production and management are needed. Despite the scale and likely costs of such interventions, such a system overhaul is in fact likely to be more economically viable than the current scenario, due to reduced need for new material production.” 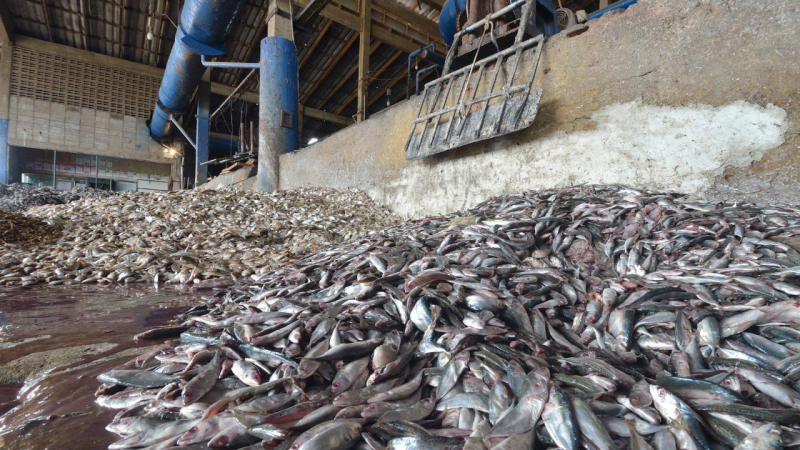 4. SHARKS CLASSIFIED ‘FUNCTIONALLY EXTINCT’ ACROSS 20% OF GLOBAL CORAL REEFS DUE TO OVERFISHING

Unsustainable fishing around the world has forced shark populations in coral reef habitats to crash dangerously low, a major study has revealed.

Researchers used underwater video cameras across 371 reefs in 58 nations and found that there were no sharks on almost 20% of the surveyed reefs, indicating a threatening depletion in population. Researchers have tied the low number of sharks directly to human interference and overexploitation.

“Shark depletion was strongly related to socio-economic conditions such as the size and proximity of the nearest market, poor governance and the density of the human population,” reads the study.

One in five of the reefs surveyed found sharks to be ‘functionally extinct’, according to the study.

“Stopping destructive fishing practices and getting some good governance into these fisheries could change the situation almost overnight,” said Dr Mark Meekan from the Australian Institute of Marine Science, to The Guardian.

“At a time when corals are struggling to survive in a changing climate, losing reef sharks could have dire long-term consequences for entire reef systems,” said Dr Mike Heithaus from Florida International University, to The Guardian. 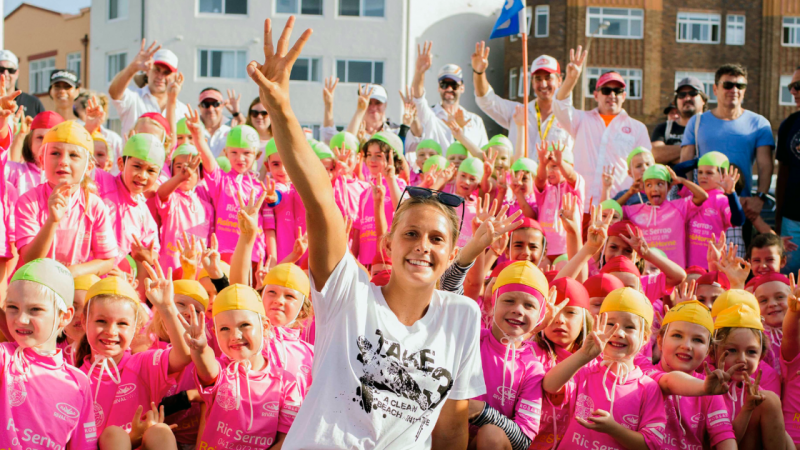 Take 3’s new online program will aim to empower SLSCs, local businesses and the wider community to be part of the solution to plastic pollution, with source reduction and litter prevention initiatives at popular beaches.

“To date, Take 3’s SLSC program has been delivered to more than 40 surf clubs around Australia, and has seen major positive impacts as a result. We’ve cleaned 1.7 million square metres of beach around Australia, and removed 9,700 tonnes of rubbish from those sites. Take 3 expects to see these impacts multiplied greatly in the years to come, thanks to the accessibility of the new program’s online format,” said Sarah Beard, CEO of Take 3.

The aim of the Community Litter Grant program is to help deliver the NSW Government target to reduce litter by 40% by 2020.